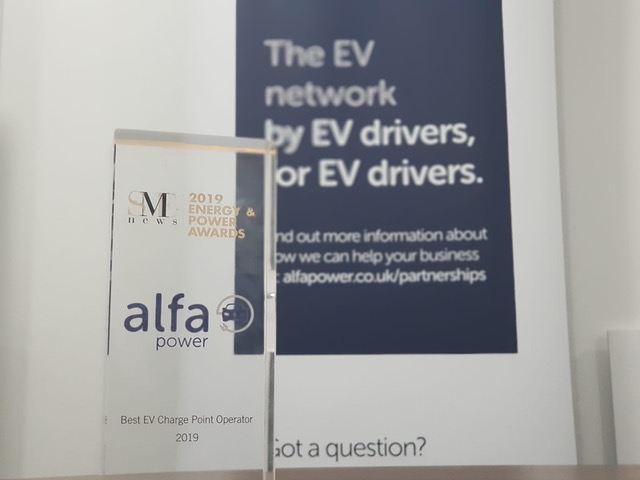 Alfa will install 12 charge points initially with a plan to roll out more during 2020. With the AC solution targeted at customers wanting a longer stay, the DC wallbox will give a 0-80% charge in around an hour to an hour and a half.

Fred Vanderplank of Liberation said: “As a responsible and sustainable pub company, we are committed to introducing environmentally friendly solutions and initiatives. This project will enable our customers to make greener choices when they are travelling to and from our pubs.”

Alfa Power plans to more than double its current network by March 2020, continuing to offer the highest quality infrastructure to the market at locations where there is a genuine need and demand for the charge point.

The business has also partnered with Make It Wild, a company who offset carbon emissions by planting trees, to launch the new campaign #AlfaPlants.

The campaign follows a simple concept – people can like, share or comment to offset their own carbon emissions. For every engagement across Facebook, Twitter and LinkedIn, Alfa Power will offset 10kg of carbon through Make It Wild, who plant thousands of trees in their North Yorkshire nature reserves to make woodlands for wildlife.

Alfa launched the UK’s first public 60kW charger in 2018, at the time the fastest charger open to the public. A few months later it broke its own record by launching the UK’s first 100kW charger.

This received an upgrade about a month later to bring it to 120kW, breaking another record which stood for well over a year.

Firas Al Fadhili, Head of Group Alfa said: “Being at the forefront of the EV charging industry over the last 2 years has put us in the driving seat for innovation, breaking down what people perceived to be possible with the 60kW and the 100kW chargers.

“We are an EV charge point operator set up by EV drivers for EV drivers which we believe gives us a competitive edge.”