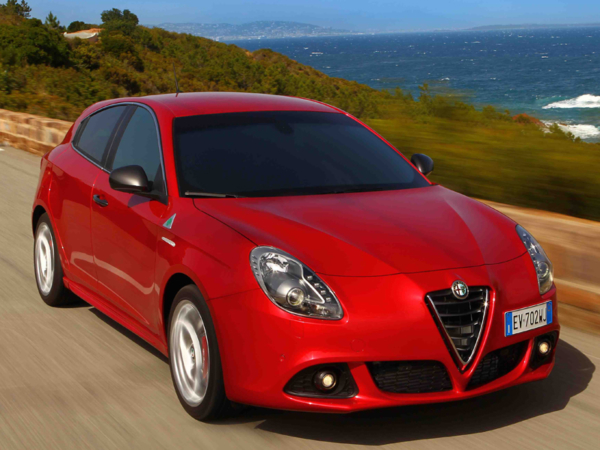 ALFA’S made quite a splash with its sleek and striking 4C junior supercar.

Now, suppose they dropped that potent 4C engine into the Giulietta?

Essentially, you would end up with this: the new Giulietta Quadrifoglio Verde model, with muscular 1742 cc four cylinder petrol turbo engine providing the brio.

It’s the new flagship of the refreshed Giulietta range for 2014, replacing the similar-but-different Green Cloverleaf.

With the new QV engine (240 ps) on board, the Giulietta gains extra pace, power and appeal and the car’s standard 6-speed TCT twin clutch transmission is again broadly lifted from the hit 4C coupe.

Throw in the Giulietta’s curvaceous Italianate style and it’s a recipe that looks enticing, a characterful sports hatch very much in the VW Golf GTI ballpark.

Adding further spice to the mix, the new Giulietta QV also comes with a Launch Edition as part of the line-up with extra spec and sportified looks.

Now making its first moves in the UK, the Alfa Romeo Giulietta Quadrifoglio Verde would certainly be a company car with a difference…..