THE latest generation Volkswagen’s Touareg flagship SUV goes on sale in early June with an expected starting price of around £49,000.

Although when the new Touareg is fully loaded with an impressive suite of driver assistance, safety and connectivity technologies it will likely be considerably more than that.

The large SUV segment in which the Touareg sits, accounted for 2.4% of the UK’s new car market last year and the fleet and business expectations for the new Touareg is 60% of sales, against 85% for the current model.

Buyers in the fleet sector are likely to be SME user choosers says Volkswagen. Predicted petrol/diesel split is around 80% diesel and it will be offered in three trims in the UK: SEL, R-Line and the new R-Line Tech.

Why would you want a new VW Touareg?

Because you like your cars big and brash, but not as in your face as the upscale offerings from the likes of Bentley, Porsche and now even Rolls-Royce.

The new Touareg can even cut it with the German premiums and will work out cheaper despite the hefty price tag. If you do a lot of towing, event trailer, caravan, boat or horse box, this is also the car you want – it has enough grunt to pull a Boeing 747 if the press launch video is to be believed.

With peak torque at 600Nm it is capable of hauling trailer weights of up to 3.5 tonnes. There is also the option of VW’s handy Trailer Assist to help with low speed manoeuvring.

What’s new on the VW Touareg?

It will be launched initially in the UK with VW’s 3-litre V6 diesel. A V6 petrol will be available later in the year while a plug-in hybrid drive and a 4-litre V8 turbo diesel are in the pipeline but no news on if and when they might come to the UK.

There’s also A new generation of assistance, driving dynamics and comfort systems. This includes Night Vision, which uses a thermal imaging camera to spot people and animals in the dark.

There is also Traffic Jam and Roadwork Lane Assist – partly automated steering and lane departure warning up to 37mph, acceleration and braking – Front Cross Traffic Assist, which responds to vehicles passing across in front of the vehicle, active all-wheel steering and a new roll stabilisation system with electromechanically controlled anti-roll bars.

Very – particularly if you splash out on VW’s Innovation Cockpit which gets its world premier in the new model.

It’s an option likely to cost in the region of four figures – if you have a love of gadgetry or a bit of a geek then this will provides hours of fun. It will take hours to master the whole system.

Operating it is akin to having a tablet in the car and can be controlled by pushing icons or swiping the screen and even via buttons on the steering wheel Features include the “deluxe telephony” function, an inductive charging system for smart phones, App Connect, which integrates MirrorLink, Apple CarPlay and Android Auto.

The centrepiece of the Innovation Cockpit is the company’s Discover Premium infotainment system which serves simultaneously as a radio-navigation system, telephone, information centre and user interface for configuring various vehicle functions.

It is equipped with a proximity sensor system and is operated from the touch screen by gesture or voice control. Its features include a freely usable 10GB memory, two SD card slots, an Aux-in socket, four USB ports and a Bluetooth phone interface. With Nav-Gen4 routing, the sat-nav can find alternative routes, computed online on a server taking predictive models into account including route profiles, topography and traffic situations.

VW has for some time used a self-learning navigation system which recognises frequently travelled routes and this is now used in the Touareg to simplify destination input.

Since the system has an eSim the Touareg is always “live” even without a smartphone connected and the range of online services continues to grow and already include reading news aloud and latest weather data.

Along with a seemingly endless list of vehicle settings, including the operation and intensity of the massage front seats – yep, they’re on the options list as well – there’s a lot to take in. Best set aside a weekend for the dealer hand-over.

Once configured to personal needs, operation is actually pretty simple, intuitive and easy to read.

On the basis of a 150-mile test drive at press launch in Austria, very easy and smooth, although the same goes for the roads it has to be said.

The Touareg, mounted on 19- or 20-inch wheels, should be able to cope with the pot-hole ridden roads of the UK.

With all the driver aids there is plenty of help on hand. Caught in a jam you can just sit back and enjoy the ride as the car will autonomously inch forward and stop with the traffic. In fact there is so much technology this is about as close as you get to an autonomous car without being autonomous. The 3.0-litre V6 diesel is both smooth and quiet and pulls effortlessly up the steepest slopes.

If off-road is your bag, although we didn’t have the opportunity to try it at launch, then it should be as capable as the previous generation – indeed someone has already driven one from the factory in Bratislava to Beijing and back, through some very tough conditions in Asia, Russia and Kazakhstan. 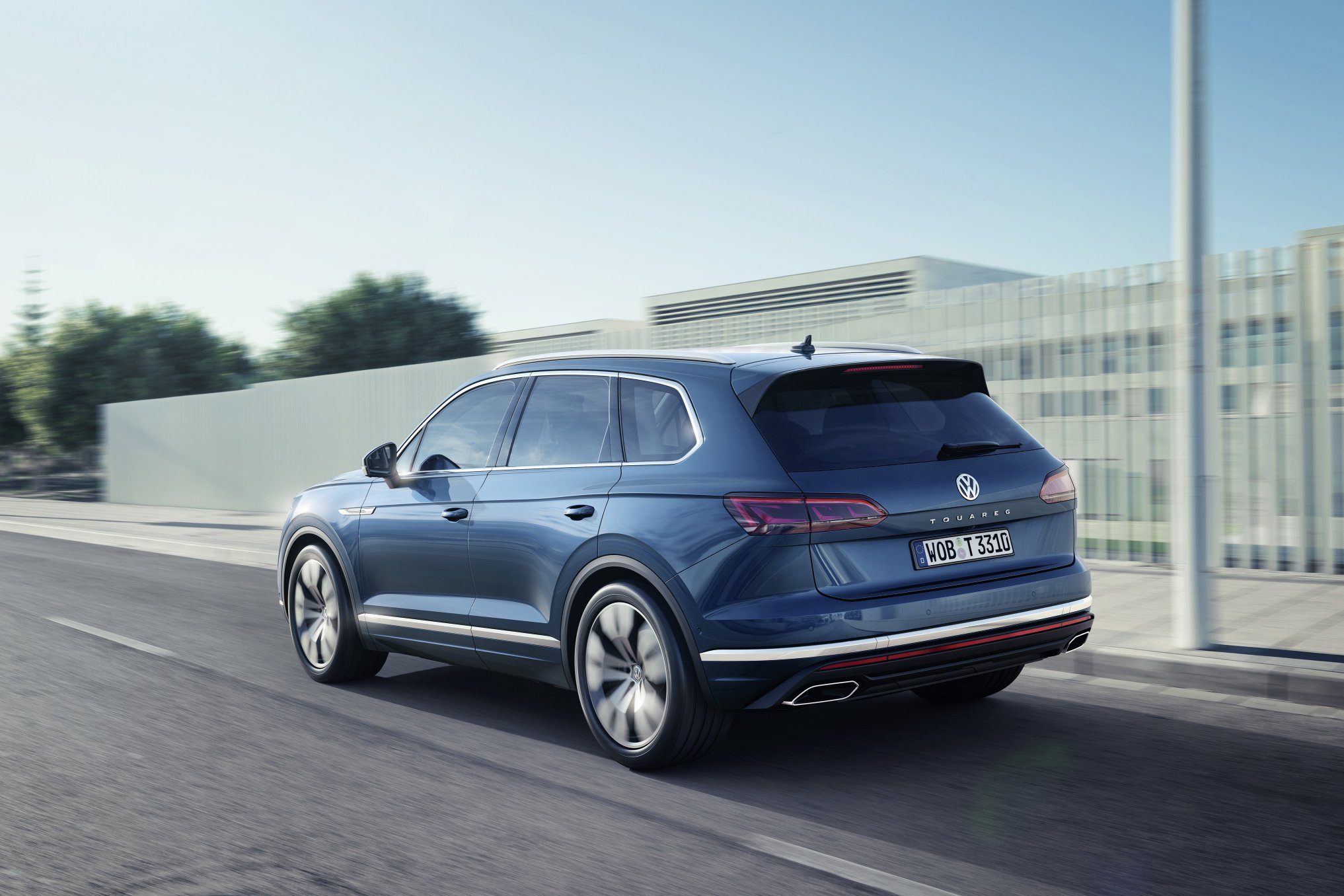 Verdict on the new VW Touareg

No question. This is an impressive machine.

It drives superbly, offers a level of technology that requires a certain level of familiarisation to get the most out of it, and provides the towing capability for both business and leisure pursuits.

But with CO2 emissions of 182g/km it’s probably best not to start thinking of this as a company car.

If you want one for your business motoring, then this is the sort of car to fund privately – say by personal contract hire or PCP – and then reimburse yourself for business mileage with AMAP rates at 45ppm.