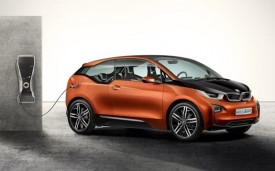 THE all-electric BMW i3 lease cost will be £369 (inc VAT) on a personal car lease when it is launched in November 2013.

BMW insiders had hinted it would be close to a BMW 3 Series lease price and they’re not wrong.

SME company car managers interested in a BMW i3 business car lease will have to wait to find out business terms, though.

BMW says these should be available when the new BMW i3 is revealed publicly on 29 July 2013.

In the meantime, small business owners wanting to get in a BMW i3 now would need to enter a BMW i3 lease over a 36 month contract and 24,000 miles. 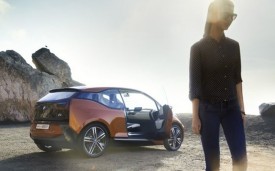 BMW has also announced prices for the BMW i3 – including government grant it’s £25,680

There would be an initial payment of £2995 followed by monthly payments of £369 and contract mileage of 24,000 miles.

Small business owners wishing to buy the BMW i3 could do so for £25,680 (inclusive of £5000 government grant from the Office for Low Emission Vehicles, known as OLEV).

Prices for the range extender version of the BMW i3, which uses a small two-cylinder petrol engine to maintain battery charge, will be announced later.

The BMW i3 will be available from a variety of sales channels says BMW: BMW i partners, a Customer Interaction Center (CIC) as well as an online platform.

What about claiming business mileage for the BMW i3?

Those small businesses who decide they want a part of the new i3 action on the personal BMW i3 lease will need to know how much they need to charge for using a personal car for business mileage.

The standard tax-free rate for petrol and diesel cars is 45p per mile. These are the Approved Mileage Allowance Payments (AMAPs).

But what about electric cars?

HMRC has confirmed to Business Car Manager that you should claim the same 45p per mile rate for electric cars such as the BMW i3. Which could make the BMW i3 extremely cost-effective for directors and sole traders who decide to take this route. (See also What are the correct business mileage rates for electric cars?)

Read more on the BMW i3