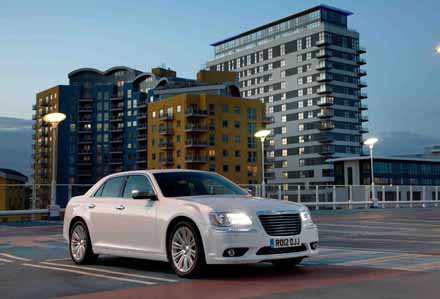 Nigel Land declares that he has one of the best jobs in the car industry and he can present a plausible case for saying so.

His role as UK brand director of Chrysler/Jeep is not without risks. The past decade’s arrival then swift virtual disappearance from the UK of General Motors’ rival American brand, Cadillac, is testament to the vagaries and perils of the marketplace for manufacturers. But as the first units of an all-new generation of Canadian-built Chrysler 300C executive saloons start entering UK showrooms (see BCM’s road test review), Chrysler is on the kind of roll no-one would have dared predict when it was struggling with bankruptcy and a $12.5bn US government loan bail-out in the late Noughties. 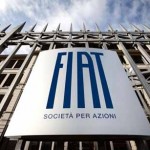 Its white knight in those dark days of global financial crisis emerged in the form of Fiat, Chrysler’s former partner Mercedes-Benz having long since fled the coop. But the white knight had strong self-interest. Fiat wanted an easy re-entry to North American markets; cost savings through shared engineering, and improved economies of scale in production. Chrysler was much the same size as Fiat – churning out around 2m units a year – and better yet, in the crafty view of Fiat chief Sergio Marchionne, was in deep doo-doo and might be brought on board for pocket money. 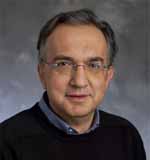 Spot on. A grateful US Government, desperate to avoid a fatal financial crash and umpteen jobless at Chrysler, agreed to Fiat taking a 20 per cent stake. The gratis stake rose to 40 per cent as various performance targets were met and future commitments to developing new fuel-efficient Chrysler/Dodge models made, against the background of by-then recovering North American car markets.

And what a turn-round there has been. 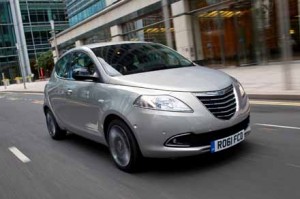 Chrysler and Jeep sales have recovered at a far sharper rate than the US market overall, leaping 40 per cent last year with the help of refreshed models and some Fiat-built, fuel-efficient cars, the Delta and Ypsilon, which – as in the UK – are essentially re-badged Lancias. The red ink has turned to black. Another white knight has appeared. But lift its visor this time round and it turns out to be – heavens above! – Chrysler. And who’s the damsel in, not quite distress, but feeling the pinch on the money front? Mama Mia! It’s Fiat.

Look closely at Fiat’s first quarter results and things might not appear too bad, given still-plunging new car markets across a Europe now in a blue funk over the Eurozone. It recorded a profit of €379m, almost exactly 10 times the same period in 2011. But this year’s quarter is the first in which the financial results of Chrysler – now 58.5 per cent owned by Fiat – have been consolidated. And Chrysler itself made $473m. Take out the Chrysler contribution and, yes, Fiat itself is just about bumping along at breakeven.

No wonder, then, that Chrysler UK’s Land is feeling cheerful as well as challenged. Chrysler’s profitability comes despite it having already paid back $7.5bn, the last of the Government loans for its bail-out. Meanwhile, Fiat figures the $625m it has had to spend to raise its stake to 58.5 per cent is well invested in the future.

So where does Chrysler UK go from here; and with what relevance to business users?

Land, who was a Nissan brand manager before moving to Chrysler UK as marketing director four years ago, inevitably has expansion plans but maintains that he will not be going for growth like a bull at a gate – “it’s important to ensure that we don’t force the market beyond its natural growth.” 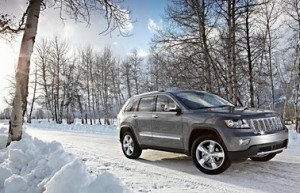 Jeep sales account for over half Jeep/Chrysler UK sales

That, however, is a relative concept. Society of Motor Manufacturers and Traders statistics show that last year Chrysler UK sold around 3,330 units, about 55 per cent of them Jeeps. Land is hopeful that, with some additional product action on the Jeep Grand Cherokee and Chrysler Grand Voyager fronts, total sales might reach 7,500-8,000. That’s more than double – hardly a conservative target, surely?

“Yes, but you’ve got to remember that the brand as it is constructed now was only just getting going last year and is still only around 18-20 months old. This (the Chrysler 300C) is the third launch in not much more than nine months so there are lots of effects still to be felt and there will be other new models to come.” 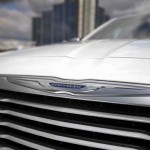 Back in profit despite paying off a $7.5 billion US Government rescue loan

For business users, it’s all pie in the sky unless adequate dealer network and service infrastructure is in place – and on that front Land is pressing ahead full tilt. Currently Chrysler has 48 dealers plus 24 authorised service centres. Land is intending to have in place a network of 94 dealers and similarly expanded service centres to be fully operational by the end of 2014. The first solus Chrysler/Jeep dealership has just been opened in Hull by the Jordans group.

The majority of Chrysler/Jeep sales, however, are to retail buyers rather than business users – and significantly re-balancing the mix, Land acknowledges, may initially be hard to achieve. However, it should grow easier, as product rationalisations and integrated planning of new model ranges across the Fiat-Chrysler group brands get into their stride.

As for the 300C itself, Land says that precisely where it stands in relation to business users is already hard to define. “We sold around 1,000 a year of the ‘old’ 300C and put them down as about 7 out of 10 retail. But in this sector particularly the boundaries really are blurred; we don’t know how many of them were effectively bought with company money.”

Given its favourable reception by the motoring press, Land’s sales target for the new 300C this year, 750, might seem unduly modest. But also given the non-conformist nature of the product relative to its Euro-executive rivals from BMW, Mercedes-Benz and Jaguar – Chrysler’s adopted slogan is “Different IS What We Do” – there is an inevitable ‘suck it and see’ element to projections.

“We definitely see the new 300C as appealing to private customers wanting an alternative to the mainstream. But we are also looking very hard at its potential for the chauffeur fleet market and at contract hire and leasing packages for the business user.”