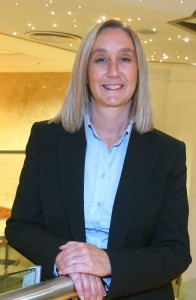 Its online survey of members and non-members operating almost 27,000 company cars and employing almost 250,000 people, revealed 1,464 cars were being operated via a salary scheme.

It means that company cars provided under a salary sacrifice scheme accounted for 5.5% of the combined fleet operated by survey respondents with just 0.58% of employees taking advantage of such an initiative.

The survey – believed to be the first of its kind to measure company car take-up via salary sacrifice – revealed that a fifth of respondents (20.3%) already had a salary sacrifice scheme in place with almost a third more (32.7%) currently evaluating a scheme.

Meanwhile, a total of 26.4% of respondents said they were considering analysing the viability of car salary sacrifice, while 20.4% said they had no interest in such a scheme.

The study also highlighted that existing car salary sacrifice schemes were more prevalent among larger employers with 10.2% of companies with more than 1,500 cars having implemented a scheme, compared with 6.1% of employers operating 251-500 company cars and 4% of employers with 51-250 cars. Meanwhile, smaller organisations – those with less than 50 company cars – were most likely to have no interest in such a scheme.

However, organisations across all sizes of fleets from less than 50 cars to more than 1,500 said their company car manager was currently evaluating whether or not to introduce a car salary sacrifice option.

ACFO chairman Julie Jenner said: “There has been a great deal of talk and media coverage of salary sacrifice schemes as a major development in the UK fleet market and, not surprisingly, providers talk up the market and suggest that take-up has exceeded expectations.

“However, our survey reveals that take-up would appear to be significantly below that indicated by many of the providers of such schemes. Organisations may have a large number of employees and may have implemented schemes, but the reality would suggest that car salary sacrifice only appeals to a miniscule number of employees.”