Skip to content
Home/Car news and reviews/News/What are the different types of green fuel?

What are the different types of green fuel?

By Ralph Morton|2017-11-20T12:33:49+00:00April 26th, 2017|Car news and reviews, News|
Reading Time: 8 minutes
There are more types of green fuel than just electricity – and not all of them are available in this country. But green fuels are becoming increasingly important in the search for low-emission, ultra-low emission and  zero emission vehicles. For business drivers in particular, the benefits of a green fuel typically mean lower company car tax rates.

So what are the different types of green fuel? 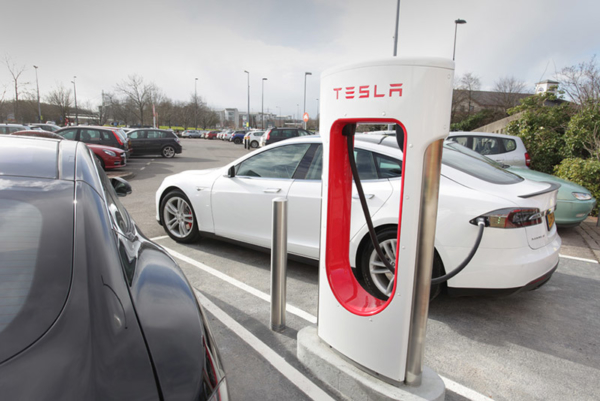 MORE and more cars are heading down electric avenue. However, there’s still a long way to go before we can consider electric vehicles (EV) to be truly mainstream.

Bear in mind you’ll need to have access to a garage or off-street parking in order to charge an electric car at home, as it’s not permissible to trail a charging cable across the pavement. But the charging network is growing and it’s now possible to recharge your batteries in supermarket car parks, designated city centre parking bays and motorway service stations.

Be advised that an electric vehicle will have a likely range of up to 100 miles (the 250+ mile Tesla is an exception), making them suitable for short trips, such as the commute to the office. Alternatively, you could consider a hybrid or plug-in hybrid vehicle, which offer the combination of an electric motor and a conventional petrol or diesel engine.

Although we have included electricity as one of our types of green fuel, HMRC does not consider electricity to be a fuel. So if you run an electric vehicle as a company car, you will not be able to claim electric car business mileage rates. 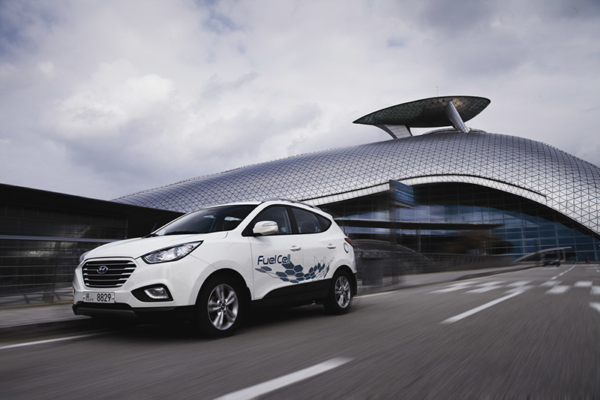 Hydrogen powers the Hyundai ix35 Fuel Cell – is this the future?

UNLIKE fossil fuels, hydrogen is in abundance.

In fact, hydrogen makes up 75% of the universe we live in, so there’s no danger of it running out any time soon! The Hyundai ix35 was the world’s first production hydrogen Fuel Cell Electric Vehicle (FCEV), with energy created using the process of passing hydrogen through a fuel cell.

There are many advantages to running a hydrogen-powered car

There are many advantages to running a hydrogen-powered car, leading some industry analysts to suggest that it – rather than electric – is the future of the motor car.

For example, the only thing coming out of the tailpipe is water, and that’s so clean you can drink it. You also get the same, quiet propulsion as an electric vehicle, the same instant torque, a longer range than an EV, plus – and this is where the hydrogen FCEV has the EV well and truly licked – it can be refilled in the same time it takes to fill a conventional car with fuel.

If – and it’s a big if – a commercially-viable fuelling network can be established, the FCEV could be the next big thing. Hyundai already has the Hyundai ix35 Fuel Cell on sale, while Toyota is now selling its hydrogen powered Mirai . 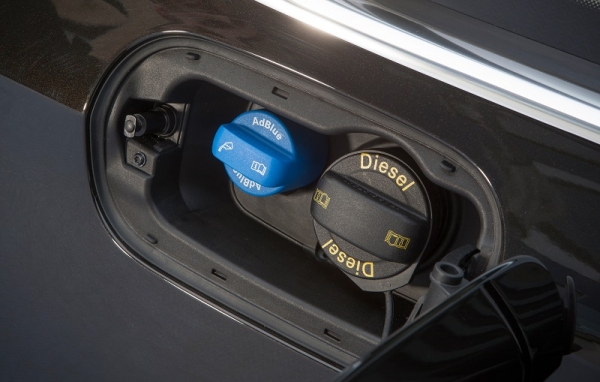 ADBLUE is an increasingly common additive for that is something of a shortcut for many manufacturers to make their diesel engines comply with stringent Euro-6 emission regulations.

Such Euro 6 emission diesels are not the target of London Mayor’s diesel battle to clean up London’s air, by the way; the London Mayor is targeting earlier Euro 4 standard diesels with the T-charge – read New timeline for the Mayor of London’s accelerated war on pollution.

It converts harmful nitrogen oxides (NOx) from the vehicle exhaust into harmless nitrogen and steam, reducing the emissions blamed as a major source of atmospheric pollution and smog in cities. NOx emissions are known to aggravate asthma and threatening the lives of both the very young and very oldest of a city’s population.

To meet these new regulations manufacturers have had to re-think the exhaust system on their vehicles and may have now equipped them with the Selective Catalytic Reduction (SCR) system in the exhaust.

AdBlue is a high purity urea solution that must be used in a dedicated tank on the vehicle, that should just be refilled as and when required. AdBlue is non-flammable and non-explosive. It is classified as a transportable fluid with minimal risk.

How to use AdBlue 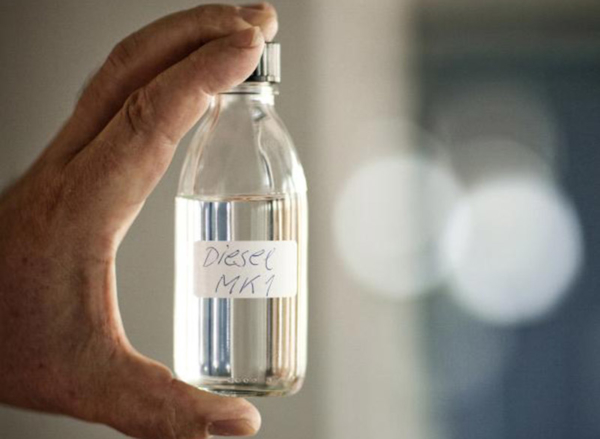 BIODIESEL is a clean-burning renewable fuel made using a chemical process that converts natural vegetable oils and fats into a non-toxic and renewable form of energy. It is used as a replacement for standard diesel, but it can also be blended with diesel fuel in any proportion.

A car running on biodiesel will still release carbon into the atmosphere, but because the plants used to the create the fuel absorbed carbon dioxide whilst growing, there’s a balancing effect. What’s more, as biodiesel comes from plants, the sources can be replenished through farming and recycling – so it is a type of green fuel. 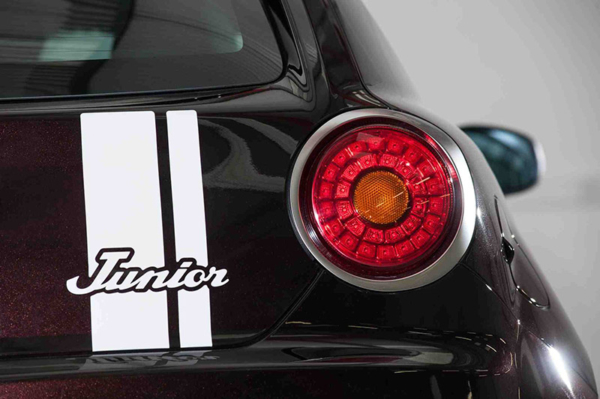 All unleaded fuel is equal, but some types are more equal that others…

NOT all unleaded fuels are the same and you’re often faced with a choice of regular or so-called ‘supreme’ or ‘super’ unleaded options. The fuel companies will claim that – thanks to a higher octane rating – super unleaded will lead to improved performance, whilst additional detergents will result in a cleaner engine.

There’s little doubt that some drivers discover they can travel further on a tank of super unleaded, but with the ‘enhanced’ fuel costing more pence per litre than standard unleaded, there could be little to no cost benefit. 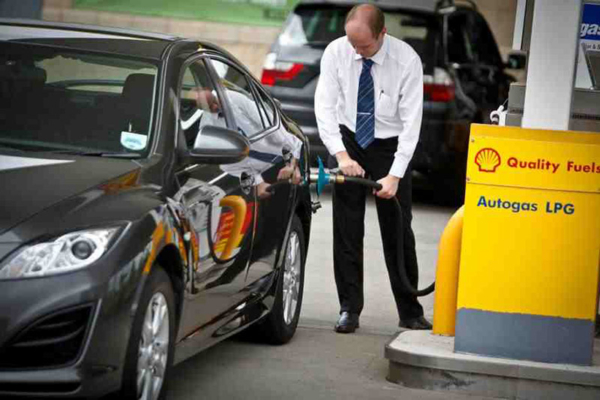 Running LPG can cost upfront but this can soon be recouped

LPG is cleaner, cheaper and greener than regular fuel, so what’s the catch? Well, for a start, you’ll need to invest in an LPG tank, which will typically cost between £1,500 and £2,000. You’ll also need to ensure you have regular access to an LPG filling station, of which there are currently 1,400 outlets in the UK.

But with LPG typically 50p cheaper than regular fuel, business car users travelling long distances for work could soon find the cost of installation is soon outweighed by the savings at the pump. Most petrol-engined cars can be converted to run on LPG and you’ll still have access to your regular petrol tank, giving you an increased range in the process. 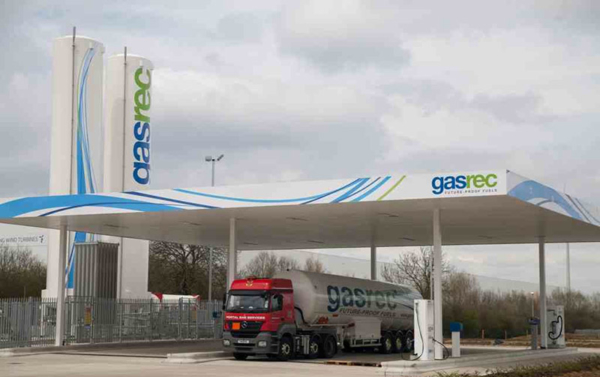 Truck stop – LNG is used by the haulage industry

Anyone who has driven near Daventry in the Midlands recently, may have seen the open-access bio-LNG filling station, which just happened to be the first to open in the UK. Used by trucks, the low-emission fuel consists of 85% LNG and 15% liquefied biomethane (LBM), the latter of which is produced from organic matter.

Compared with diesel, LNG will cut fuel bills by between 20 and 30%

Compared with diesel, LNG will cut fuel bills by between 20 and 30%, whilst reducing CO2 emissions by a minimum of 20%. Analysts suggest that a UK fleet of trucks running on this type of green fuel (bio-LNG) could cut haulage emissions by 65%. A single truck will see a 90% reduction in NOx and particulate matter emissions. 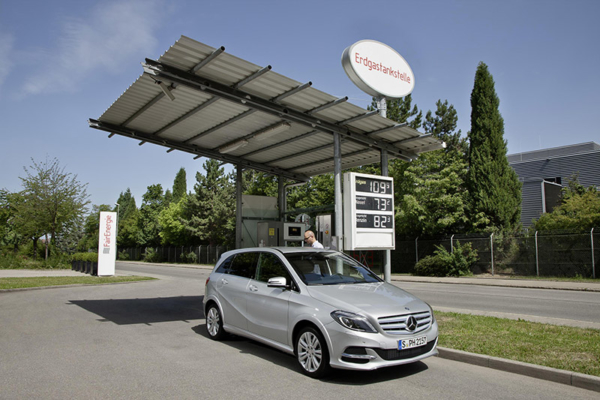 COMPRESSED natural gas (CNG) is a low-carbon fuel that can be used as an alternative to petrol or diesel. It’s made from the same type of gas that is used for heating and cooking in the home and is popular in Germany and Italy, along with certain countries in South America and Asia.

CNG burns far cleaner than conventional fuels and there is no shortage of the gas across the world. Despite its advantages, this type of green fuel has failed to capture the imagination of British buyers, though this is probably down to a classic ‘chicken and egg’ scenario. It’s not cheap to install a wall-mounted compressor and a pressurised tank for the car, which puts buyers off. And without the demand, there’s a reluctance to invest in the infrastructure required to make CNG a viable option.

The likes of Fiat and Mercedes-Benz offer bi-fuel cars on the continent, which – thanks to the combination of a petrol and CNG tank – have the potential to provide some terrific range estimates. 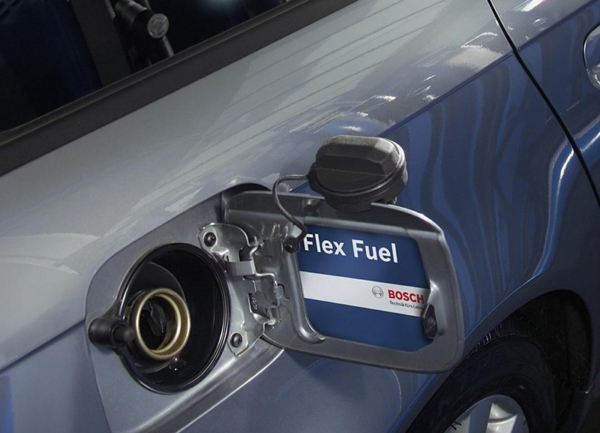 ETHANOL is an alternative to petrol and can be combined with regular unleaded fuel in any concentration, up to 100% pure ethanol. In the UK, ethanol accounts for up to 5% of the fuel you’ll buy from a petrol station, but there are plans to increase this to 10%.

As types of green fuel go, this is potentially bad news for older vehicles, as ethanol acts as a solvent, damaging certain items and causing blockages. Most cars built after 2002 will probably be OK.

As ethanol has a lower energy content than petrol, an extra third is required to travel the same distance as regular petrol. That said, ethanol does improve engine efficiency and increase performance.