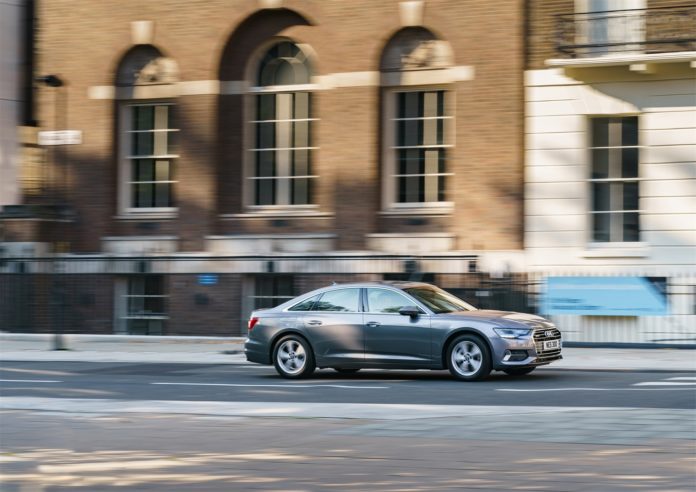 THE UK Government has already committed to ending the sales of petrol and diesel engine vehicles by 2035, with rumours that this could even be brought forward to 2030.

There are signs that fleets are moving towards electrification so what’s around, what are the benefits and what are EVs like to drive?

We are running a number of vehicles over the coming months and will help provide some of the answers to those questions.

To start off we have the very latest Plug-in Hybrid (PHEV) currently being launched in the UK – The Audi A6 50 TFSI e.

More important, perhaps, is scope for zero local emissions driving for up to 34 miles on a charge.

On top of this there’s a comprehensive catalogue of standard equipment and near-silent electric-only driving to provide luxury executive class appeal.

Power comes from 249bhp 2.0-litre petrol four-cylinder and a 141bhp electric motor for a combined system output of 295bhp.

There is also an A6 55 TFSI e with 362bhp but quite honestly, you really don’t need the extra power.

Power can be switched, or locked, in petrol or electric mode or left to its own devices. EV mode is best for the short trips and around town but if the fancy takes you this A6 PHEV can hit 84mph in silent running.

Otherwise the 0-62mph dash can be achieved in just 5.5sec and top speed is a claimed 155mph.

Charging time is 2.5-hours from a 7kW wall charger for the hybrid’s lithium ion battery pack, mounted under the floor towards the rear of the car.

While there are tax benefits to be had from a PHEV, there is evidence that some owners don’t bother charging and run on petrol only.

Why? Only they know, but there is a danger that HMRC might want to take a look at this over time.

There is the very useful myAudi smartphone app which can be used to schedule charging times to avoid peak electricity usage periods, as well as pre-setting the climate control.

The PHEV looks like any other A6 apart from the charging port while inside there are high levels of equipment, even on the  entry-level Sport trim which includes 18in alloy wheels, Audi’s MMI twin-touchscreen infotainment system, Virtual Cockpit digital display along with Amazon Alexa voice control and smartphone compatibility. 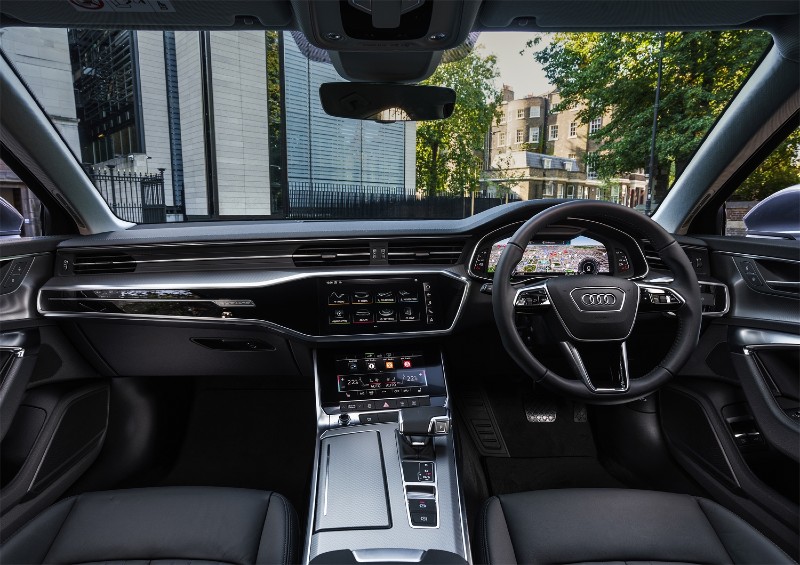 On the road, performance is smooth and comfortable as you would expect from a high-line Audi. With the aid of electric power, acceleration is spectacular while the transition from EV to ICE is almost imperceptible.

The interior is nicely laid out and there’s plenty of room in the A6 which is a very comfortable place to be for long haul drives – even if you are sitting in the back where there’s bags of space to stretch out your legs.

The Audi range stretches to 58 models and James Buxton, Head of Fleet Sales for the brand in the UK, said that more than 20 of those will be electrified in some way by 2025 and they will account for around 40% of sales.

The A6 TFSI e, he said, is a “critical car” for Audi in the fleet market with its EV range of 34 miles and rated at just 35g/km in terms of CO2 emissions. 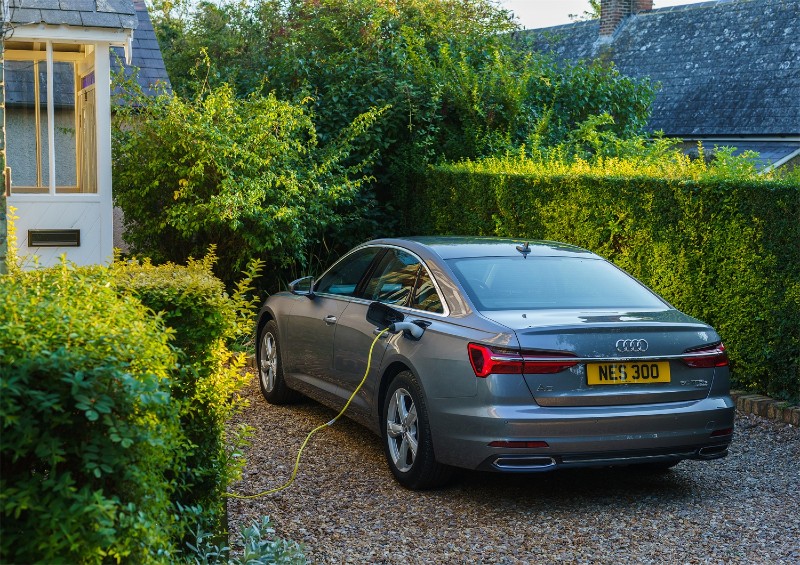 What are the benefits?

What are the key points for drivers and fleet managers?

Buxton added: “The Sport trim will account for the majority of sales and it has a lot of appeal with a high level of specification and comfort, all-wheel-drive and 300hp available.”

For those not in the market for a high-line executive model, he added that a “smaller PHEV” is in the pipeline.

Persuading fleet managers to move towards electrification, Buxton said, would appear to be sector specific.

“There are certain sectors that are already very active in both the car and van market and accelerating towards electrification.

“In terms of getting fleets to transition from petrol and diesel to PHEV or full electric is down to providing confidence in supply.”

What exactly is a PHEV? It is similar to hybrids in that they have both an electric motor and internal combustion engine, except the batteries can be charged by plugging into an outlet.

Unlike conventional hybrids, PHEVs can substitute electricity from the grid for petrol and run for a limited range of miles on battery power.

They can then be topped up again from a charging point or they can be charged on the move by the internal combustion engine – the downside to this is that you will see a dramatic drop in fuel consumption.

Added complexity and larger batteries make PHEV models more expensive than a regular hybrid, although tax incentives can make up part of the difference.

The fact that plug-in hybrids can be used as a purely electric vehicle at least part of the time can add to the appeal for some drivers while minimising range anxiety with the backup of a petrol engine. 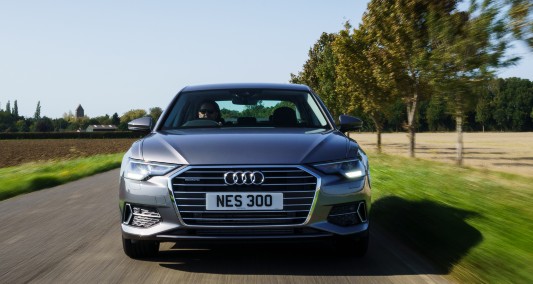 What are the downsides?

There are issues however. The charging infrastructure is not yet where it needs to be for electric cars and increasingly, charge points are ‘charging’ for use and how long before HMRC starts taxing EV electricity to make up for lost revenues from petrol and diesel?

As already mentioned, there is strong evidence to suggest that people simply aren’t bothering to plug in. The vehicles are bought to achieve lower Benefit in Kind rates and to avoid city low emission charges.