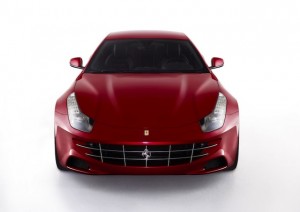 Ferrari: The world-wide recession has had little effect on Ferrari sales, except in italy!

Red lines usually mean trouble, unless that is Ferrari red.

The Italian super-car brand has recorded a string of excellent results as revenues rose to 556.1 million euro (+13.2 per cent) and 1,733 cars were delivered to the dealership network, an increase of 11.5 per cent on the same period last year.

These results are the fruit of the success of the 12-cylinder FF and the continuing popularity of the 8-cylinder models, most notably the Ferrari California, which is the company’s best-selling GT, and the coupé and spider versions of the 458 which top the sports car segment.

Sales in Europe were also very positive with excellent results in the United Kingdom (+31 per cent, 177 cars delivered) and in Germany (up 24 per cent). Italy is the exception to this trend with sales of 121 cars, down 65 compared to the first quarter 2011 as a result of the economic situation and the local government’s recent financial initiatives, which include stopping luxury and exotic cars and questioning their drivers about tax affairs.

In the Far East, after a record 2011, the Greater China market (China, Hong Kong and Taiwan) continued to grow with 154 cars delivered in the first quarter. On May 18th, a major new Ferrari exhibition will open at the Shanghai Expo in China where a 1,000 square metre space will host some of our most iconic road models as well as Formula 1 cars. The display will also feature simulators and interactive points where visitors can learn about Ferrari’s history and the Maranello campus.

The Middle East also delivered extremely significant results with sales this first quarter up by 23 per cent and 81 cars delivered, but Italy contracted in the wake of action by the Government to stop and question drivers of luxury cars over their tax affairs.

“After an extraordinary 2011, starting the year with all the economic indicators on the rise is very satisfying indeed,” declared Ferrari’s Chairman, Luca di Montezemolo. “We have a complete new model range brimming with technological innovations, and which deliver significant reductions in fuel consumption and emissions, down by 30 per cent on average.”

He added, “At the end of the year, we’ll also be unveiling the new Enzo, a limited series model and our first ever hybrid car.”

If you cannot stretch to a Ferrari as your company car, look at our alternatives for  business car leasing and remember it’s important to get good  company car advice before you commit to the contract.