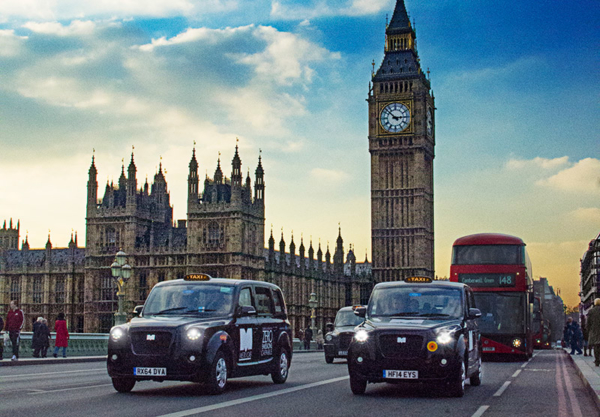 A NEW fleet of low emission taxis will be trialled in London this week as Metrocab test out its range-extended electric taxis.

The launch will film passengers enjoying free a ride past London’s landmarks in a publicity stunt confusingly labelled ‘zero-emissions and zero fares’. Confusing because the new Metrocabs run a 1.0-litre petrol combustion engine generator that, naturally, is not always zero-emission and claim a fuel economy of 99.4mpg around town.

We have been developing the new Metrocab for 10 years now, with over a million miles of powertrain testing completed

Frazer-Nash Research Ltd and Ecotive Ltd, the makers of the all-new Metrocab, will run a small fleet on a trial basis in the Capital in association with ComCab.

The short promotional feature will be filmed in central London this week, with passengers that are willing to take part being given their journey free of charge.

Karl Maresch from ComCab said: “We’re very proud to be partnering with Metrocab on this pilot fleet of these superb range-extended electric taxis.  It could revolutionise our business, with the cost savings being very significant.  I’m really looking forward to seeing the short film, and finding out what our passengers think of the all-new Metrocab.  Zero-emissions and zero fares – what an offer!”

Gordon Dixon, Regional Operations Director for Metrocab, said: “We have been developing the new Metrocab for 10 years now, with over a million miles of powertrain testing completed.  I’m so proud that it has been licensed by Transport for London to operate on a trial basis as a London Hackney Carriage.  With its cost savings for the drivers, smooth air-suspended ride and unrivalled panoramic glass roof views of the city for passengers and its zero-emissions capability benefitting the environment, truly every body wins.”

The Metrocab has been shortlisted for the London Transport Awards 2015 in the Taxi & Private Hire Innovator of the Year category, with the winners being announced in March.