The new Honda Civic with expected best-selling engine, the smallest 1.0-litre i-VTEC Turbo. It’s the 10th-generation version of Honda’s iconic hatch, which for the first time is a world design meaning that this latest hatch is not only sold in the UK – but also now sold worldwide. In fact, similar versions are built at the Swindon factory and exported to the demanding North American market and even back home to Japan!

So what’s new about the Civic? Well, everything really. Built on a new, wider, longer and stiffer platform, Honda’s rival for Focus and Astra also has a range of new 1.0-litre and 1.5 i-VTEC Turbo engines and transmissions (just petrol for now, sadly!), new technology and an angular new look, that features styling elements seen on the rest of the range.

Can the latest Civic be more than an attractive also-ran in the small-family class like its predecessor? We hit the road with the expected best-selling engine, the smallest 1.0-litre i-VTEC Turbo, in SR trim to find out. 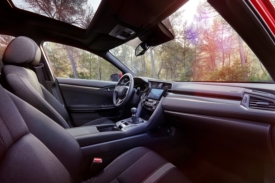 Honda has spent big on the latest Civic and we think it shows in the way this new hatch drives and handles. Performance from the downsized turbocharged engine is impressive, plus it also offers a tempting consumption and emissions mix, that along with the keen drive, turns the Civic from an also-ran into a contender for class honours and easy to recommend to business buyers.

So how does it compare to its key rival – the Ford Focus? Closest model to this Civic is the 1.0-litre EcoBoost ST-Line. On price alone, the Civic gets a healthy lead being nearly £1,000 cheaper than the Ford.

The Ford might just have the edge in terms of driving dynamics, but for an SME, the emissions and tax band are going to be key and for these two cars it’s the Focus that comes top, (108 versus 117g/km) emissions and 20% tax band versus the Honda’s 22% tax band. 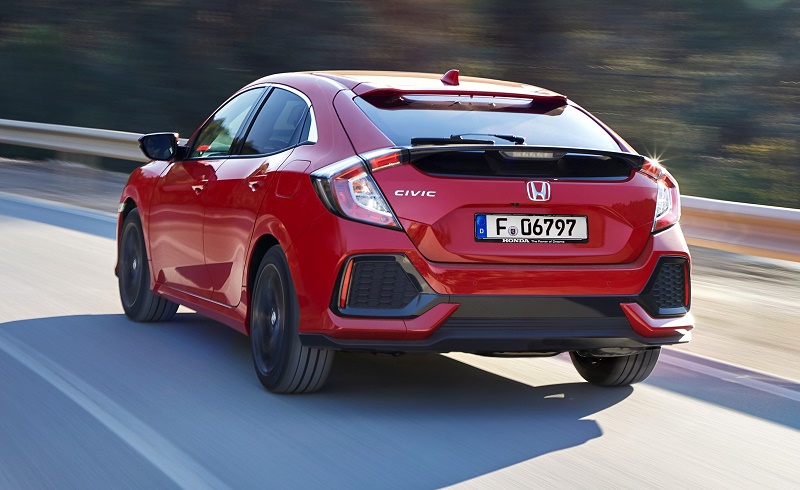