The Land Rover Defender 110 Adventure Edition is one of a trio of final limited-edition versions of the iconic Defender, which sadly dies shortly.

With all the extra off-road and luxury equipment fitted, should you be rushing to your Land Rover dealer to run one of the last Defenders on the company? 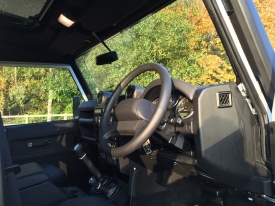