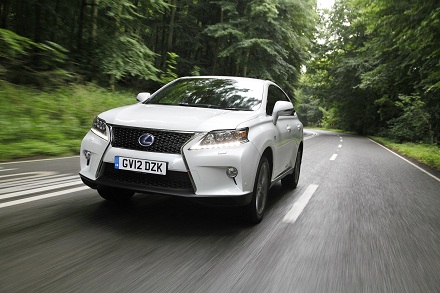 TOYOTA’S luxury brand Lexus has now sold half a million hybrids since introducing the technology in 2005.

Hybrids are also London Congestion Charge busters – although the previous hybrid-specific exemption has been replaced by one for low-emissions vehicles in general – and road tax is low or in the case of the CT 200h, zero.

Outside the UK, most Lexus hybrids have been sold in the US where the RX 400/450h SUVs and the hybrid versions of the large GS and LS saloon have been very popular. Europe has developed quite an appetite for Lexus hybrids as well, accounting for about a quarter of the total with 126,000 sales.

As well as bringing down CO2 levels and boosting Lexus’ eco credentials, the introduction of hybrid drive has helped Toyota’s previously rather bland luxury arm acquire a more distinctive identity and technical edge.

On the other hand, at 259,000 total worldwide sales, even Lexus’ best-selling hybrid, the RX 400/450 h has a long way to go until it catches up with the Toyota Prius, which has found over three million customers since it was launched in 1997.

Across the board, the reliability of hybrid technology is now well proven and drivers with an eye on their company car tax bills are taking them very seriously.