Leasing Options has researched how the new M6 toll costs compare to other toll roads around the UK and revealed how they stack up over the course of the year. 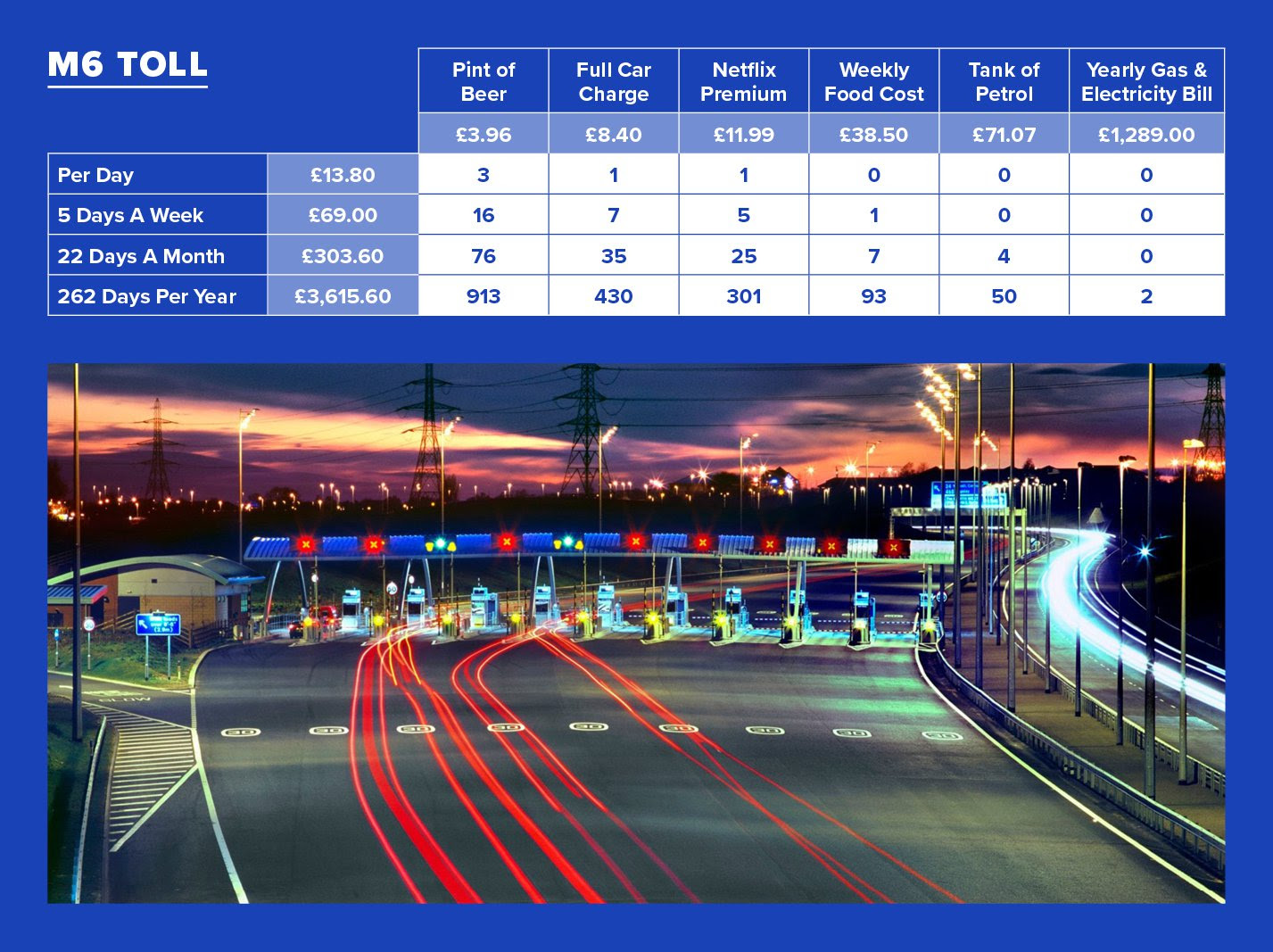 Mike Thompson of Leasing Options said: “While some people have no other option to use these roads, it’s staggering the amount these toll charges can add up to when used on a daily basis. Our research shows that on average over the year a commuter could pay £1,264.15 on these roads- that’s 3.5% of the average UK salary, which is a big amount to fork out over the year.

“The convenience can be great for the occasional user, but we feel its a big cost to take for some people with little other choice”