FILLING the gap between the family-sized C-Class and the uber-luxurious S-Class, the E-Class takes the best from both and combines them into one saloon car that exudes quality.

Mercedes’ new 2.0-litre diesel engine provides the power, which means there’s a healthy 194hp, around 15% up on the older, larger engine. Despite the increase in power, economy has improved, with official figures claiming 72.4mpg is possible.

CO2 emissions are an excellent 112g/km for such a large car, so the company car tax banding is 27%. Even better for businesses leasing the large Mercedes saloon, the 112g/km emissions mean 100% of the lease is allowable against tax.

Inside that sculpted, flowing bodywork, lies a cabin that’s heavily influenced by the larger S-Class. Somehow looking plush and minimalist at the same time, most functions are looked after by working the infotainment system through an 8.4-inch screen that sits above aluminium, leather and piano black materials that feel like they’re from a class above. 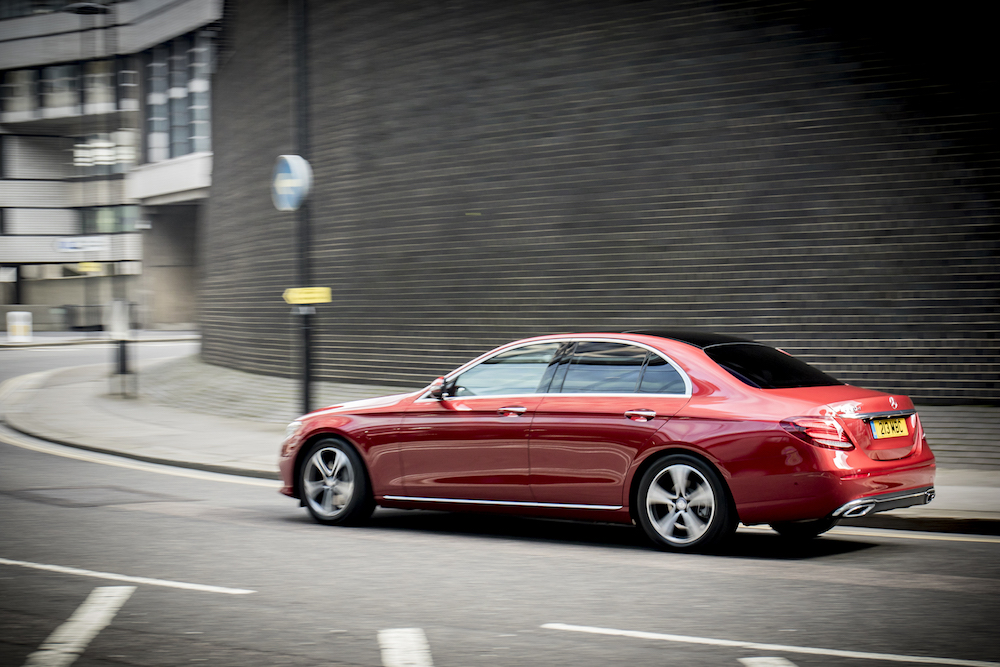 Softer than most of its rivals, the E-Class is a car for cruising in. It’s sublime on the motorway, where the aerodynamics keep wind noise almost absent, the engine is barely audible and the road noise is kept well dampened. Show it a country road and it’ll still cope, but it’s natural habitat is high-speed, straight line work.

That’s where the cabin can be appreciated, although it’s worth splashing out a little extra for the 12.3-inch infotainment screen. Then you’ll have arguably the most luxurious and refined cabin in its class.

In fact that sums up the entire car. Only those wanting an overtly sporting feel will find anything to complain about, whereas everybody else will be too relaxed to worry about it.

About the Author: Phil Huff

Phil is a freelance motoring journalist who supplies commissioned car reviews to Business Car Manager. He has spent 20 years working around cars one way or the other, before deciding to commit fully to become a motoring journalist. Phil is a member of the Midland Group of Motoring Writers