New Discovery will be a family of different cars 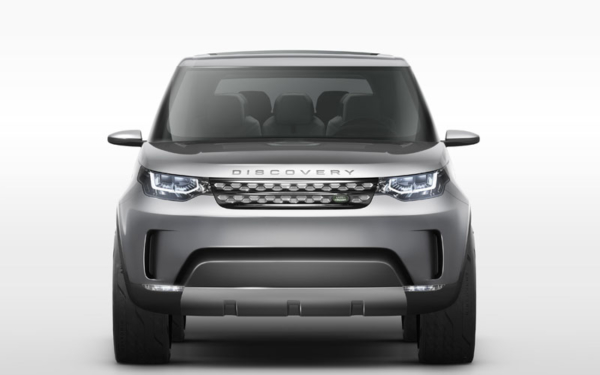 LAND ROVER has dropped a big hint about the look that’s likely to be adopted by future Discovery models – and the emphasis is on models in the plural, because in future, the Land Rover Discovery will become a whole family of cars of different sizes, not just the single big SUV we know today.

Where the Range Rover line-up is intended to attract buyers who are looking for luxury, the Discovery models are intended to appeal to outdoorsy leisure customers, and their styling has just been trailed in the form of the Discovery Vision Concept unveiled at the recent New York Auto Show – although Land Rover is emphasising that the show car isn’t supposed to be representative of any individual product in the future line-up.

Although the nose of the concept car bears more than a passing resemblance to the fronts of the current Range Rover range, other elements of the design plug more directly into themes that are already familiar from past Discovery models.

These include the stepped roof, “alpine” windows, the raised command driving position, and so-called stadium seating which gives rear passengers a good view of the road ahead.

Other typical Land Rover Discovery touches include the thick body-coloured C-pillars and the asymmetric tailgate design, a hangover from the first generation model that first adopted this look in order to accommodate an externally-mounted spare wheel.

The first car in the future Discovery range will arrive in the form of the Discovery Sport, a compact model expected to take the place of the current Freelander from 2015. 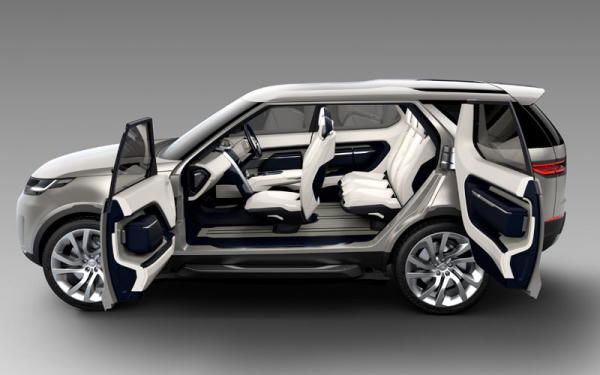