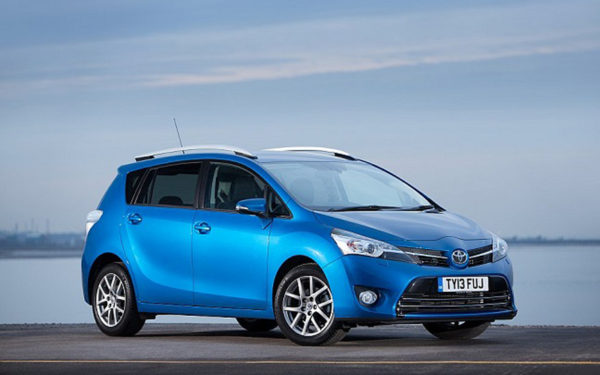 With a BMW 1.6 litre diesel, the Toyota Verso looks a much more attractive prospect for company car drivers

A TOYOTA with a BMW engine – that’s the Verso 1.6 D-4D, due to be launched early next year.

The introduction of a modern 1.6-litre diesel should allow the Verso to compete much more convincingly for the custom of company car drivers against established European rivals, all of which already offer diesel engines in this size bracket.

It’s also a response to fellow Japanese manufacturer Honda, which has recently been rolling out a new 1.6-litre diesel engine across its range in order to tap mainstream demand that could not be met with its previous 2.2-litre diesel.

The adoption of the 1.6 diesel engine is the first fruit of a collaboration agreement reached between between BMW and Toyota two years ago. It’s not all one way traffic, though – Toyota’s expertise in hybrids means it should have plenty to bring to the table in some of the other areas where the two manufacturers have agreed to cooperate, such as fuel cells and joint research into Lithium-air batteries.

Didier Leroy, CEO of Toyota Motor Europe (TME), said: “At Toyota, we believe that tackling environmental challenges facing our industry will require more than one approach. Hybrid is at the core of our strategy towards sustainable mobility, but we also see a role for clean diesel in Europe.

“Working together with an industry leader like the BMW Group allows us to benefit from economies of scale to reduce development costs as well as improve our time-to-market.”