Olympian Rolls-Royces break their own record 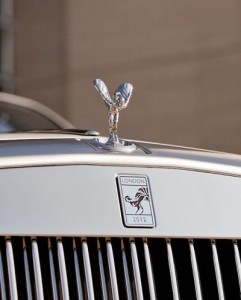 The Olympics saw many records smashed, but few will have noticed a very significant one in the car industry.

Rolls-Royce celebrated the success of the Games at the Closing Ceremony when three Rolls-Royce motor cars sported newly-designed badges for the first time in the company’s 108‑year history.

The new badges, which were designed by the Rolls-Royce Bespoke Design Team, replaced the traditional double R-R signature badge for the first time since the company started in 1904.

If you watched the Olympic closing ceremony to London 2012, you might have noticed the three Phantom Series II Drophead Coupés, each finished in English White, which came onto the scene during ‘A Symphony of British Music’ spectacle.

We’re not quite sure whether these were included in BMW’s fleet of low emission cars for London 2012 – Rolls-Royce is owned by BMW – that had to meet LOCOG’s 120g/km average CO2 emissions, but…

And if you are wondering what’s going to happen to the 4,000 vehicles registered for the London 2012 fleet, the business car news is that you will see them very slowly released into the market over the next few months, to minimise the impact of these low mileage nearly new models hitting forecourts and potentially hitting residual values which would also increase business car leasing rates.