Porsche 911 Targa returns to its roots 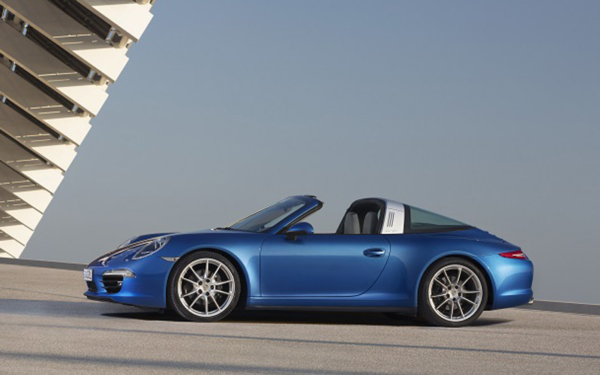 There’s a return to the original 1967 rollover bar in the new version of the Porsche 911 Targa. One or two changes under the skin since then though…

PORSCHE caused a big stir at the Detroit Motor Show with the latest version of the 911 Targa.

After experimenting with complicated glass tops on recent models, Porsche has decided to return to the distinctive look of the original 1967 911 Targa which featured a wide metal rollover bar with a removable roof panel and wrap-around glass rear window.

If the latest Porsche 911Targa captures the spirit of the original perfectly, it adds a load of technology that owners of the 1967 car could only dream about.

The new model’s roof can be opened or closed at the press of the button, and while it inherits the traditional tail-heavy rear engined layouts of previous 911s, it also has a battery of systems such as Porsche Traction Management that will make it a lot less hard to handle.

Depending on transmission, combined fuel consumption varies between 29.7 and 32.5mpg, and CO2 emissions between 223 and 204g/km.