THE Renault Koleos sees the French car-maker’s return to the  big car segment and our first drive in the UK was in the range-topping Renault Koleos 2.2 dCi Signature Nav 4×4 X-Tronic.

This model also sees the final chapter in its assault on the SUV market alongside the smaller Captur and Kadjar models.

The French firm’s range-topping SUV is built on the same CMF platform as Renault’s other premium models, the Espace and Talisman and you can see these models’ influence in the styling of the Koleos.

On top of the new look and platform, the Koleos is designed to place the emphasis on passenger comfort and interior space. As such, Renault are claiming that this five-seater has rear passenger room to rival the best in class and 458 litres of boot space.

The new Renault Koleos is an attractive, spacious and well-equipped alternative to popular SUV rivals – even if in range-topping Signature trim it’s expensive.

So how does it compare to its key rival – the Mazda CX-5? Closest model is the 2.2-litre SKYACTIV-D 175 Sport Nav. The Mazda is looking good from the start as it’s cheaper by over £1,000.

However for an SME the emissions and tax band are going to be key and this is where the Mazda continues to be strong, with its lower 152g/km emissions versus 156g/km of the Renault. However, the Mazda does also have a lower tax band of 32% versus 33% of this Renault. 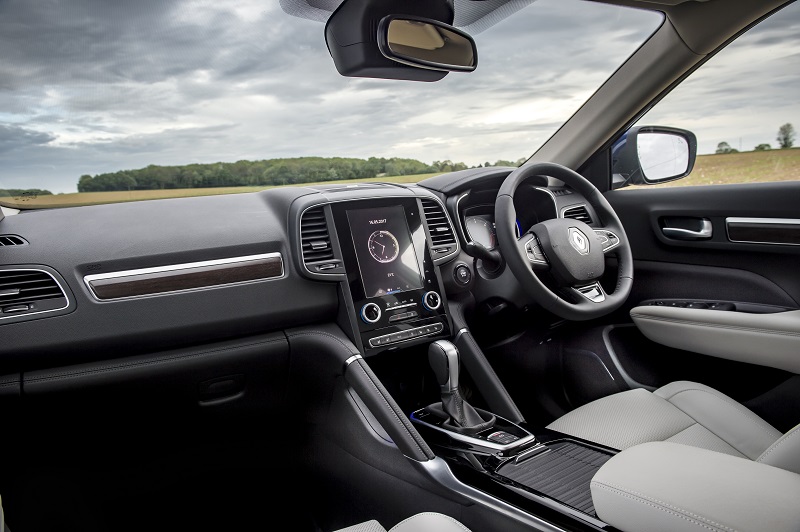