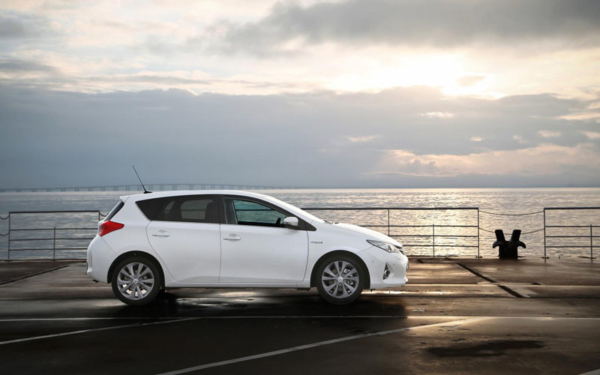 TOYOTA has tweaked the Auris Hybrid and managed to squeeze its CO2 emissions down to an impressive 84g/km, which it claims is the lowest figure in the family hatchback bracket.

The changes – already incorporated into the 85g/km Auris Hybrid Sports estate model shown at the Geneva Motor Show – include body tweaks such as aero-stablising fins in the rear glazing. Excel models continue to be rated at 91g/km.

Toyota says the latest Auris has been well received in the UK, with sales up 31 per cent in the first quarter of this year – and hybrid models are up 69 per cent.

The company car tax rate for the revised Auris is 10 per cent.