Toyota’s view of the driving future, the Toyota Mirai hydrogen car is one of a minority of cars powered by the zero-emission fuel cell which means the lowest band of company car tax, now. Easy and relaxing to drive, plus the hydrogen fuel cell power means the Mirai should cost pennies to run with that practical 300-mile range.

This Toyota is the future car although its benefits will be more widely appreciated as the fuelling infrastructure expands. The only downside is its 1,850kg kerb weight that is more noticeable in corners.

The cabin quality and boot space is perhaps rather average for the £66,000 price although of course what you’re paying for is the technology – and the payback is the zero emissions for the environment and your low tax bills.

We salute Toyota for building the Mirai and putting it on the market. 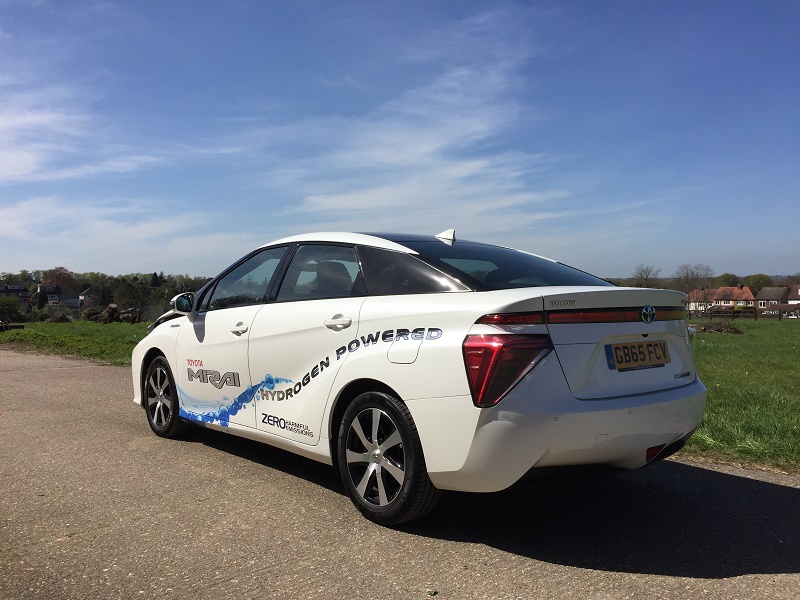 Car of the future – Toyota Mirai has a 361-litre boot