Well, if we don’t know now we never will. The Volkswagen Golf has been with us for 45 years and some 35 million have been produced and sold around the world.

It is now in its eighth generation and has grown considerably over the years. Put the original Mk 1 alongside the latest version and it would like like parent and child – only the  youngest one would be the larger.

Why would you want a VW Golf? 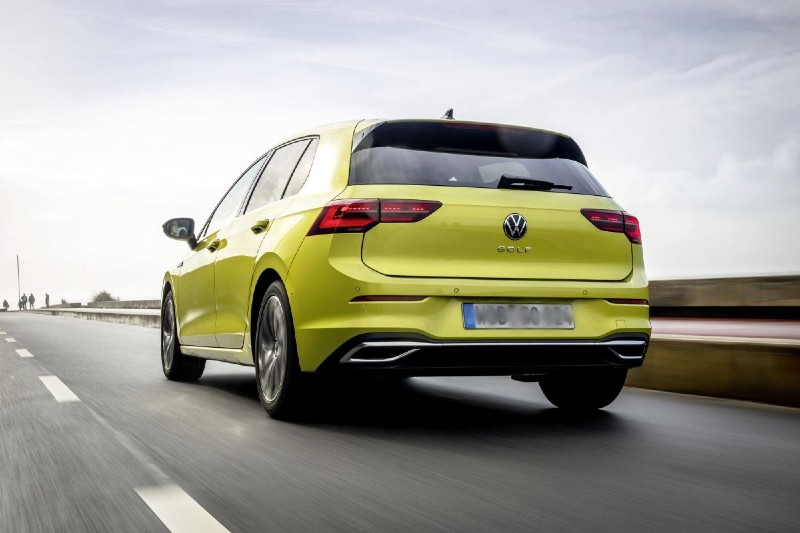 It’s been a strange year and with the lockdown starting to ease, the new VW Golf was the first test vehicle to arrive after a three month hiatus.

During that time, of course, we couldn’t really have gone anywhere anyway, while even in mid-June there wasn’t too much on the agenda in terms of driving anywhere interesting.

That said, the roads in Dorset are generally well maintained and often very interesting in their own right. Fascinating fact: There are no motorways in the county.

So, the Golf was given a run out largely in town and country where, as expected, it performed admirably. Smooth, refined and plenty of interior quality and comfort.

What immediately strikes you inside is the somewhat minimalistic dashboard. In fact it is literally a blank canvas until the ignition is on and things start to light up.

You then discover the new tech and infotainment system while the majority of the buttons have given way to the combination of touchscreen and voice activation.

Depending on your point of view, this might come across as a step too far, although a younger generation of drivers will probably feel completely at home.

Car-to-car communication alerts the driver of hazards ahead, although the warning display can’t be read when the steering wheel is positioned where I wanted it – meaning I had to duck my head down to find out what I was being warned of – by which time the message had gone!

However, Car2X technology is the future, allowing vehicles from different brands to exchange data. VW claims the Golf is the most important mainstream car yet to be fitted with Car2X capability as standard.

I find that touchscreens aren’t always the easiest things to use while driving, especially as I either forget about, or just don’t use the available voice activation system.

Some of the ‘buttons’ on the touchscreen are either not that obvious or can be confused – turning up the air con rather than the audio volume for example. 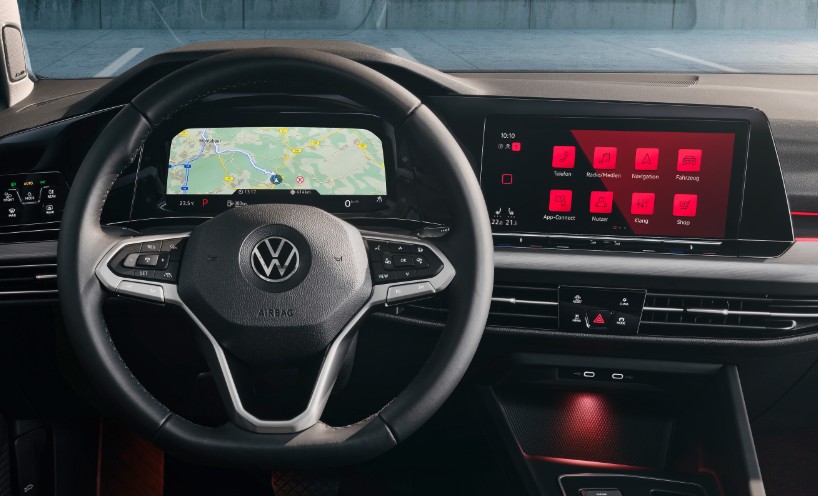 That said, all round quality feels very good and matched by the driving pleasure for which the Golf has always been renowned.

GTD, GTE and GTI models will follow later this year although no plans for an all-electric version.

Our test model was the Golf Life 1.5-litre, 130hp TSi. This is a turbocharged, four cylinder petrol equipped with particulate filter and Active Cylinder Technology.

Smooth and responsive on the road, matched with the Golf’s legendary handling, the latest generation does not disappoint.

As well as driving pleasure, the new Golf has the added bonus of having plenty of interior space.

While always being around the highest achievers in its class, the Golf has never been the cheapest and generation eight is no exception.

The entry 110hp Life model starts at more that £23,000 while the 130hp comes in at a basic £23,900. Our test model came with additional carpet mats, Discover Pro touch-screen navigation and infotainment system and winter pack including heated steering wheel. This pushed the price up to £26,525.

However, the Golf’s residual values remain strong while running costs are competitive. 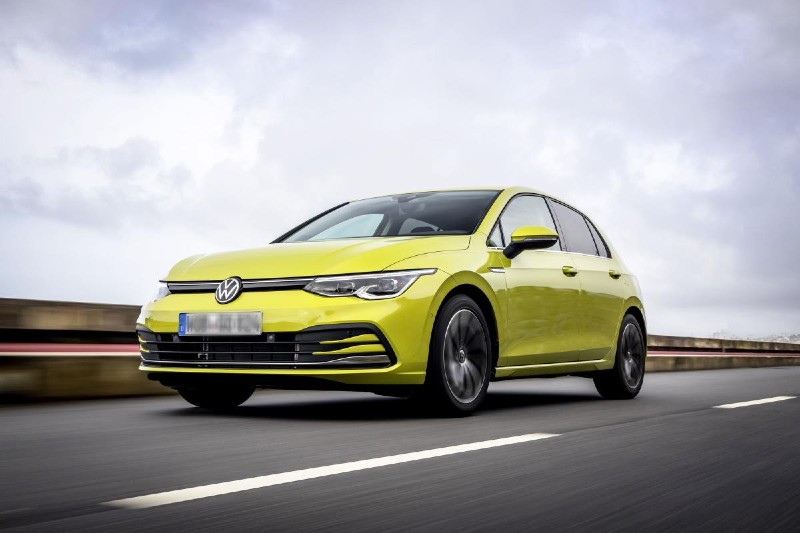