What you need to know about the MOT changes 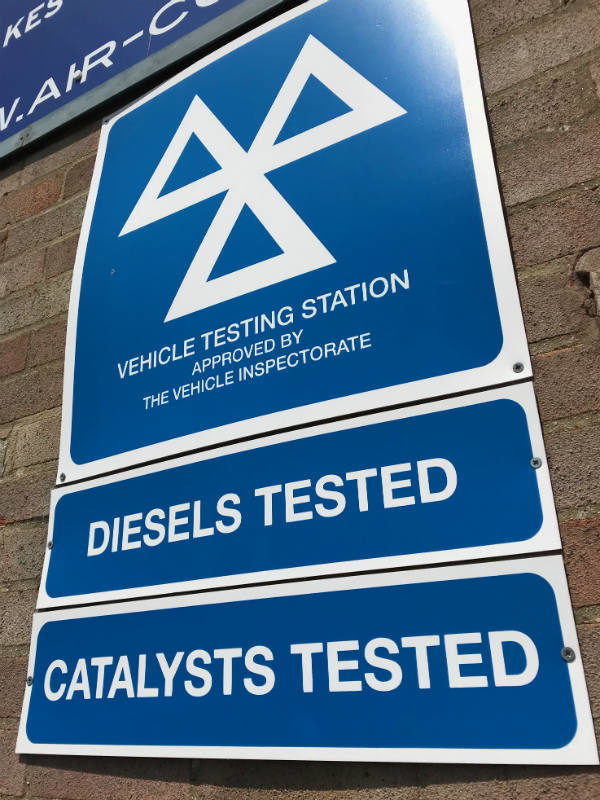 THE biggest changes in a generation are about to hit the MOT on May 20, 2018. The changes are being made because of an EU Directive.

The consequences for business motoring could be far-reaching. Some cars could be rendered beyond economic repair.

However, one thing is clear about the new MOT: there are some odd outcomes of new rules that will apply to all member states of the EU. In some instances these ride roughshod over existing conventions. Some might say commonsense, as well.

For example, the UK will see the scrapping of the current requirement that brake fluid levels are above the minimum level. This currently results in an MOT fail.

From next Monday (May 21, 2018), that’s not the case. Too little brake fluid? That will be a pass. Instead, brake fluid will be tested for contamination; contamination will cause a fail instead.

These and other elements are causing nervousness among car owners, especially diesel car owners who face a barrage of new emissions tests or emissions-related checks that could result in expensive fails.

In some cases they might be left with an uneconomic car, prompting speculation that the government is operating a non-compensated ’scrappage scheme’ in disguise.

Diesel cars registered after January 01, 2014 will, from Monday May 21, be subjected to an exhaust smoke test twice as demanding as the current one. Other changes mostly affecting diesel owners include new testing requirements for:

Currently, if your engine management light is on it’s not an MOT fail; but from Monday it will be. That’s very annoying if it is coming on merely because of a failed sensor. As one tester told us, “a lot of people will disconnect the bulb behind the dashboard display panel, rather than address the underlying problem, if there is one.”

One objective of the government, other than being compelled to play ball as a member state of the EU, is to close a loophole that has seen some diesel owners remove their diesel particulate filter (DPF) to increase fuel economy and performance but at the expense of emissions.

Undoubtedly some unwitting car owners will have bought used diesels without knowing that the DPF has been removed by a previous keeper. If so they are in for a shock at their next MOT.

Until now it has been very hard to visually tell whether the DPF has been removed. One MOT tester we spoke to explained:

“In some cars you can tell where there has been welding, but in others you can remove the DPF without disturbing anything on the outside. This means we often simply can’t tell.”

But a more stringent smoke test is believed to spell instant doom for missing DPFs because the resulting higher emissions will show up instantly.

The DVSA say 1,800 cars have been caught without a DPF since 2014 but experts believe the number is much higher and suggest that the current MOT visual inspection is unfit for purpose.

While it is illegal for drivers to use a car with the DPF removed, it is not illegal for garages to take them out. The main cause of removal has been either anticipated performance gain or more commonly trying to avoid a thumping bill to replace a blocked DPF, often well over £1,000.

Any online search for ‘DPF removal’ shows that a whole cottage industry has arisen around this activity, and almost no one thinks that it is a bad thing to clean up this murky corner of the UK car trade.

Lack of information about new MOT

Even though the DVSA has known about the impending MOT changes for four years, and various articles have been written about the subject, the general public have been slow to catch on – until the last few days at least.

Dale Sullivan-Webb of Air Cooled Engineering, a MOT test station in Oxford, said that his phone had been ringing continuously over the past week as nervous car owners have rushed to get MOTs sorted before the change comes into play.

The broader confusion is that the DVSA still hasn’t published an updated MOT Inspection Manual, so the likeliest reality on Monday is business as usual while smoke metres are recalibrated and the new rules are gradually adopted.

Change in the MOT certificate

And yet even the MOT certificate is changing from Monday, and it does not look like the current one. For one thing there is a broader switch from a ‘pass – fail’ model to a threefold classification of defects, with ‘minor’ equating the current ‘advisory’ rating and ‘major’ and ‘dangerous’ resulting in an automatic fail.

Consumer groups are worried that some unscrupulous garages may exploit the ‘dangerous’ rating to ‘mug’ drivers for repairs, since it will be illegal to drive away a ‘dangerous’ car (the fine is £2,500 and six points). Meanwhile some testers fear confrontations with drivers who find themselves with cars that are impossible to fix.

One tester we spoke to said that the government had not communicated well enough to garages or the public. This is the biggest change to the MOT for a generation yet hardly anyone knows about it. It also appears to miss the commercial reality of needing to test a car in a limited time, since the price is capped at £54.85 for a car.

It’s going to be havoc

One tester called Alf posted the following comment on a DVSA string on April 28, 2018:

“It’s going to be havoc! Mark my words! Testers will be under so much pressure from their employers to get through tests they would normally manage on a daily basis, but with it all being new it’s going to be very challenging finding and basically getting your head round new procedures and testable items and removed testable items, that don’t apply anymore, so expect a backlog of vehicles out on roads without current MOTs…”

About the Author: Richard Lofthouse

Richard has covered the global car industry for twenty years, ranging from reporting on the business of Formula One to consumer road testing and the global industry, with a recent focus on emergent new technologies and drivetrains.