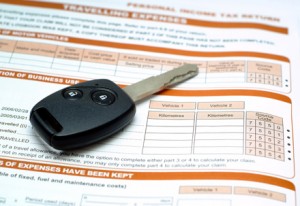 Fobbed off: Don't believe all a driver tells you, check on their legality to drive for you

UK motorists are facing increasing danger on roads as thousands of workers are thought to be illegally driving for businesses.

Based on the checks that it carries out every week, Licence Bureau, the UK’s leading authority on driver qualifications, estimates that there are 24,000 people driving illegally for companies in Britain today.  During 2011 Licence Bureau found that on average 1 in every 300 licences were invalid.

Licence Bureau, which verifies driving licences on behalf of businesses, discovered that of the non-compliant drivers that they checked: 43% were driving on a provisional licence, 31% were on a revoked licence and 9% were disqualified. In addition a freedom of information request submitted by Licence Bureau to the DVLA also revealed that there were a total of 652,380 drivers in the UK with either disqualified or revoked licences.  This substantial figure represents nearly 2% of the driver records held at DVLA.

Malcolm Maycock, chief executive of Licence Bureau, said, “Driving is the most dangerous activity that most employees undertake as part of their working day.  Time and time again we see drivers that have made false statements to their employers about their licences.  When you consider the number of hours and number of miles a person does when driving for business you can understand why we say that the ‘road risk’ is magnified by 5 fold.”

“We want all companies based in the UK to help play a part in making the nation’s roads a safer place by checking the validity of their drivers’ documents.  In the long run they will be protecting their business interest as well as protecting the safety of others.”

Martin Howard, spokesperson at Brake, said, “Checking driver licences is the most basic step in ensuring that drivers are safe on the road, and an absolutely fundamental part of being an ethically responsible business.  By ignoring this responsibility, organisations place themselves at risk under the corporate manslaughter act, with huge financial and legal ramifications..”

The Corporate Manslaughter and Corporate Homicide Act 2007 means that the employer is responsible for ensuring safety on the road and this includes checking all drivers are licenced.

Company car policy must include comprehensive checking of driver details to ensure company and insurance laws are complied with and our guide on business car law  is a useful starting point.