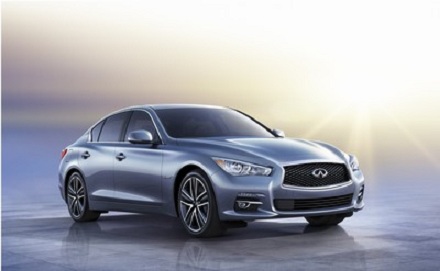 NISSAN’S luxury brand Infiniti is big in the States but still hasn’t made much of an impact on company car buyers in the UK.

The Infiniti Q50 is a smart new 3 Series rival which draws its looks from Infiniti’s Essence concept car.

The Q50 will replace the G37, which struggled to make inroads into a market dominated by the Mercedes C-Class, Audi A4 and, of course, the BMW 3 Series. The Infiniti will also face a stronger challenge than before from Lexus, which is renewing its IS range.

Infiniti is trying to build upon one of the G37’s big strengths – its agile handling – with new technology such as Infiniti Direct Adaptive Steering which provides drivers with a choice of four different settings designed to suit different moods and conditions. The new car will also be offered with a camera-based Active Lane Control system

Like the C-Class, 3 Series and IS, the Q50 has the classic rear-wheel drive set-up that some traditionalists still regard as the true mark of a premium car.

North American customers will be able to choose between a 3.7-litre petrol V6 and a hybrid, with the option of all-wheel drive. European engine options are so far unclear but Infiniti will need to offer four-cylinder petrols and diesels as well if the Q50 is to sell to UK company car buyers.

And it looks like there’s more to come. Infiniti’s President, Johan de Nysschen, said: “We are building a solid reputation for quality, customer care and cutting-edge technology. This new Infiniti Q50 is a hint of the fascinating products that will punctuate our future.” 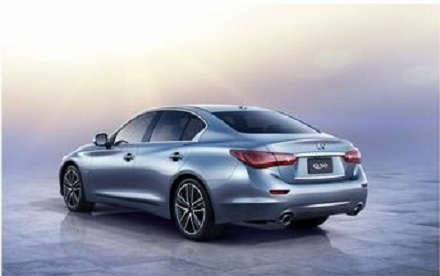 The Q50’s main rivals will be the Mercedes C-Class, BMW 3 Series and Audi A4