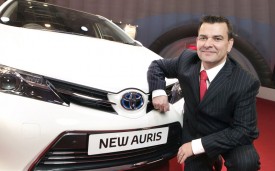 TOYOTA has a new man at the top of Toyota Fleet: Neil Broad.

Neil Broad, 43, takes over from Ewan Shepherd who has moved to the role of general manager sales operations within Toyota.

“We’ve put fleet at the heart of Toyota,” said Neil on his appointment as general manager for Toyota/Lexus fleet and vehicle remarketing services – to give Neil his full handle.

And now Ewan is responsible for the retail side of the business with a responsibility to promote sales to small businesses and SME small fleets from Toyota Business Centres.

“We wanted to ensure continuity,” said Ewan on Neil’s appointment. “We specifically chose Neil because he’s been the architect of our fleet strategy so it was a deliberate decision. We must see through the foundations that have been laid.”

Neil added: “As an organisation we’ve previously been retail dominated and needed to ‘de-silo’ fleet – I’ve spent the last 18 months doing it.”

“Although we use the term ‘fleet’, small businesses musn’t think that we’re just for large corporates. To me, a fleet is anything from three cars upwards,” said Neil.He joined the Toyota fleet team in 2011 and was manager, marketing and fleet programmes prior to taking up his new position as general manager for Toyota/Lexus fleet. 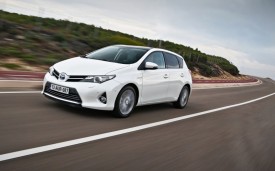 “The business car lease rate on the Toyota Auris Hybrid Icon is £214 on a 3yr/30,000 mile lease,” continued Neil. “It’s very competitive and we’ll be making that clear to all small businesses and to the small fleet SME through our Business Centre operation.

“We must make fleet a cornerstone of Toyota and our Toyota Business Centres must reach out to more small businesses,” added Neil.

Neil takes up his appointment as general manager for Toyota/Lexus fleet and vehicle remarketing services as the new Toyota Auris is launched, which went on sale from December 03 with attractive business car finance deals.