With the compact crossover sector growing massively in sales and to keep the Captur current, Renault has given the Nissan Juke rival a mild mid-life facelift and we try the Renault Captur 1.5 dCi 110 Dynamique S.

Previous winner at our SME Company Car of the Year awards, the Captur, believe it or not, has been on sale since 2013.

What hasn’t changed is the choice of engines, with two petrol TCe petrols with 89bhp and 118bhp and two dCi diesels, one with 89bhp and the expected best-selling diesel we have here, with 108bhp.

Have Renault done enough to keep the rivals at bay? We took this Dynamique S for a drive to find out.

Why would you want to drive the Renault Captur?

The Renault Captur is a popular compact crossover and with these minor face-lift changes, there’s no reason to think its popularity won’t change.

So how does it compare to its key rival — the Nissan Juke? Closest model is the 1.5-litre dCi Tekna. The Renault scores the first blow, as it is cheaper, although by just £65 and looks more modern.

Although for an SME, the emissions and tax band are going to be key and this is where the Renault continues its winning streak, with lower 98g/km emissions versus 104g/km of the Nissan. The Renault also has a lower tax band of 21% versus 22% of the Nissan – just! 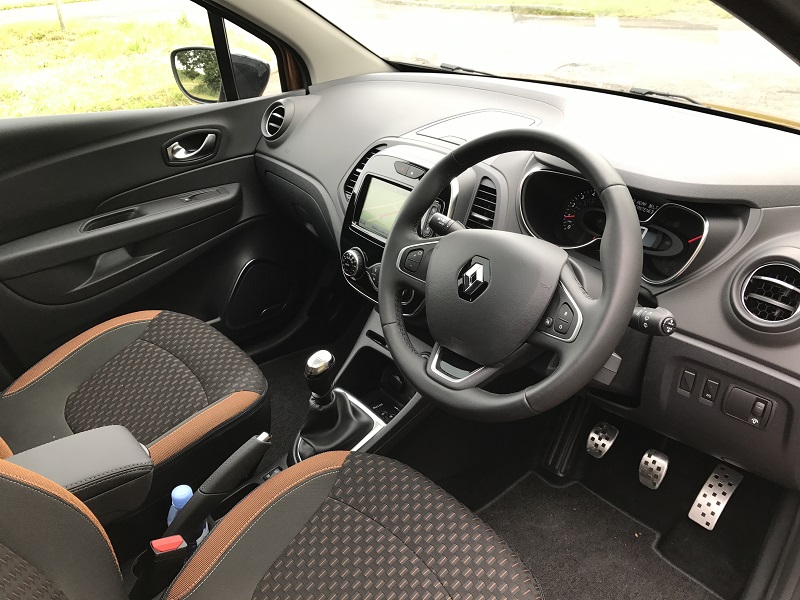 Improved quality for the Captur cockpit