Skoda Superb car review – ‘the steal of the century’ 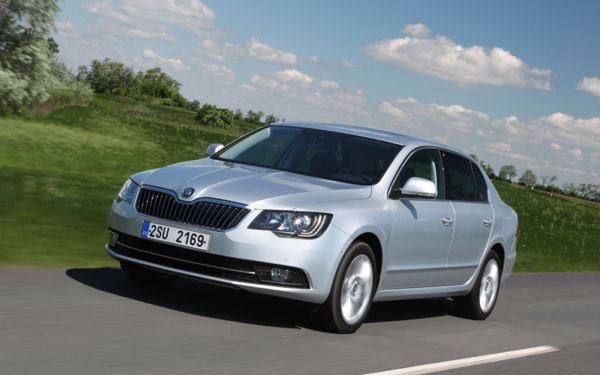 Aesthetic changes add up to a sharper looking Superb, but for company car drivers the addition of a 6th gear and cruise control as standard are the bigger catch

A significantly facelifted version of the Skoda Superb that was launched in 2008.

The sweet spot for business users is the model reviewed here, which has been subject to significant mechanical tweaks and not just aesthetic ones.

One important detail is the addition of a sixth gear, which brings a new level of relaxation to motorway cruising, as does cruise control, now standard even on the base, S spec reviewed here.

The icing on the cake is that this model has fallen one VED band and costs just £20 a year to tax.

Equipment levels have been hiked at no additional cost, while the Greenline tweaks cost just £258 over the non-Greenline model – a no brainer. The design has been extensively worked over, sharpened with LED running lights and a more linear, chiselled look. 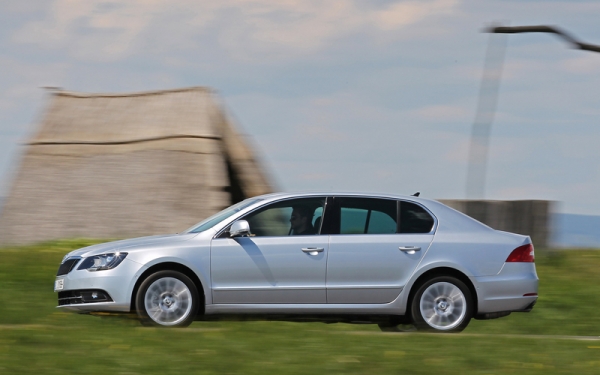 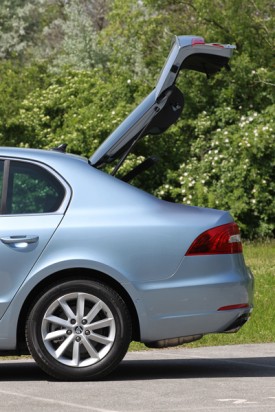 The neat ‘twin door’ bootlid is retained. You can open it like an ordinary saloon boot, or go the second stage and treat it as a hatchback – like the picture

Someone on the launch described this car as the ‘steal of the century,’ and they might be right.

The facelifted Superb is a very desirable car, more generously equipped than ever, with low company car tax (it’s around £50 a month for a basic rate tax payer), costing £500 less than a Kia Pro_cee’d 1.6 CRDi SE.

That’s a deliberately chosen comparison because whereas the Kia is Astra-sized, this is two whole classes of car higher. It’s a large executive car that offers 595 litres of boot, and an incredible 1700 litres with the seats down, more than numerous estate cars on the market but without the estate look.

The saloon/hatch split boot is easier to use than before, while the addition of the sixth gear and cruise control as standard equipment are fantastic additions.

Out on the road, the facelifted Superb feels much like its immediate predecessor, with excellent refinement and low noise except for wind around the large mirrors at higher speeds. It’s sufficiently big to be clumsy in a supermarket carpark and less than ideal on small country lanes, but then that is not its primary purpose.

This particular engine is more than adequate, contrary to what you might assume.

While the larger 2.0 TDI unit is worth considering, its extra pace makes little difference to the sense of infinitely relaxed progress than the Superb imparts. This is a car for bowling along, getting the job done, covering huge distances. 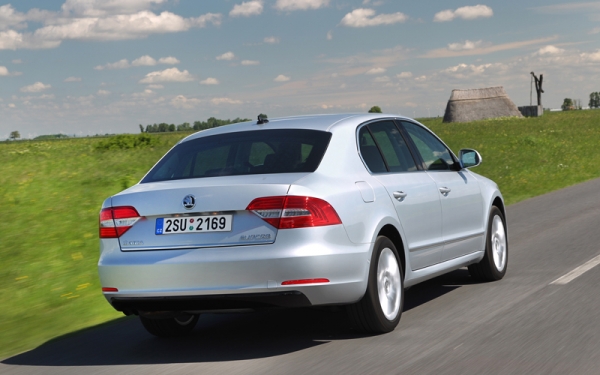 The Superb is a real mile muncher – especially with the 6th gear and cruise. It’s quiet and refined and spectacular value

Dynamically, it’s programmed for comfort not sportiness, with a composed, bump-absorbing chassis that rolls if you start to throw it round corners.

In our view the new equipment means that S spec might be all you need – SE and Elegance offer aesthetic additions more than anything else, although you might cherry pick options such as the panoramic sun roof and powered tailgate.

The real dilemma for prospective owners is whether to go for the new Skoda Octavia, which is considerably larger than the car it replaces, and thus very close to the Superb. 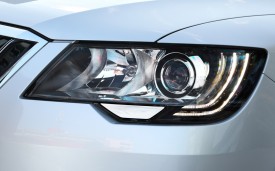 The very handsome, all-new Octavia is now so close to the Superb in dimensions that prospective buyers need a close look at the spec sheet to decide what they want.

The same-engined Octavia is stuck with a five-speed box and doesn’t get cruise, but in estate-guise boasts even more luggage space than the Superb hatch (610 litres/1740 litres). It falls into the sub-100g CO2 bracket at 99g and costs almost £2000 less.

For what it’s worth, incumbent Octavia owners will also be considering whether to trade ‘down’ to the new Skoda Rapid, which is similar in size to the outgoing Octavia. It’s confusing but that’s why we’re here to tell you………

Going back to the Superb, there will also be a willing market among small business owners for the cracking 1.4 litre, petrol-engined option (1.4 TSI 125PS). Company car tax goes up to 19 percent instead of the diesel’s 16 percent, but not everyone needs a diesel and the combined 47.9mpg figure for the petrol model is far from shabby.