WHEREVER you looked this week, the headlines were pretty similar: car sales down, diesel sales nosediving. And so on.

Yet, let’s not forget, it was the fourth best March on record. And while the diesel issue is a concern – thanks to the utter confusion created by this present government – if you look beyond the headlines, the results were not uniform.

I’ve been speaking to leasing broker members of the Leasing Broker Federation Steering Committee. And they absolutely walloped March sales; more a case of ‘Crisis? What crisis?’

Lee Duerden, CEO of The Best Car Deals leasing brokerage told me: “I was pretty shocked at the SMMT numbers because that has certainly not been our experience.”

While Mike Lloyd, the Managing Director of Central Contracts noted that the weather had been the biggest problem – with snow preventing deliveries – it appeared that booming March sales were pushing on through: “The first working day in April was very busy with a record number of new business enquires,” Mike told me.

Meanwhile, Rob Marshall, the Operations Director at Gateway2Lease, reflected on the SMMT registration figures: “I am hearing that dealerships are feeling the pinch in the retail sector and I can only imagine that the headline stats reflects a drop in PCP and retail sales while PCH (under fleet sector) feels like it is increasing.” He added that turnover in March was the highest the brokerage had ever recorded.

So if you want to read a different narrative on March’s sales figures – take a look at our industry analysis piece: New car registrations tumble– but leasing brokers have a bumper March. 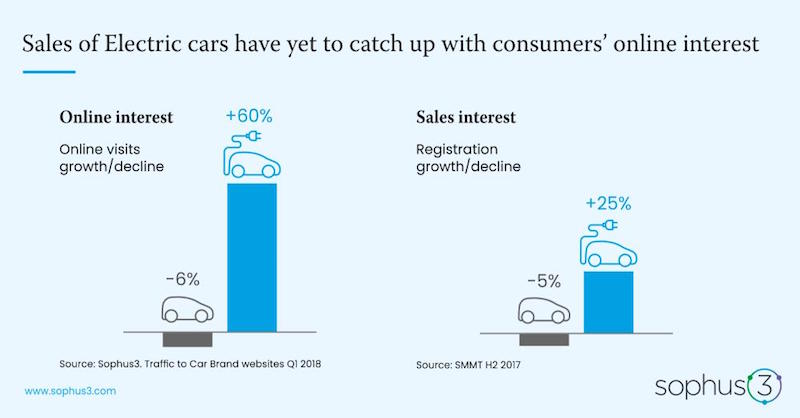 Sophus3 is an interesting company that analyses what consumers do on manufacturer websites.

What Sophus3 has found is that while consumers are interested in going green, they are frustrated by the online experience they receive. 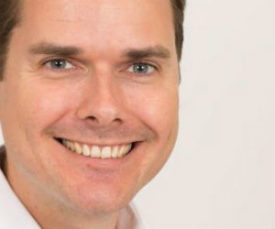 For instance, some car maker are marketing electric as an ‘alternative’ or ‘lifestyle’ choice, when Sophus3’s analysis shows that consumers considering an electric vehicle are now at a point of comparing petrol, diesel, hybrid or electric on a level playing field, focusing on running costs, monthly payments and ownership practicalities.

Scott Gairns, Sophus3 Managing Director, explained: “As Governments and local authorities continue the process of forcing diesel cars off the roads and high-profile pure electric brands such as Tesla make headlines, our analysis shows that the consumer is taking note, is interested in electric, but is still massively confused.

“But in today’s digital world it is vital that car-buyers are provided with all the knowledge they need, in the form that they consume it, and at the time they want it from those responsible for charging networks, selling cars and developing technologies. If not, there is a looming gap between “interest” and “purchase” that will leave older diesel and petrol cars on the roads, undermining the UK’s drive to be a leading electric vehicle market.”

In the meantime, we have our own informative Electric Cars section on Business Car Manager – and our Best Green SME Company Car to help inform SME businesses and company car drivers.

It’s not often I find myself shouting out for Len McClusky, Unite’s General Secretary, but I’m truly delighted that the union has played its part in protecting the Luton plant, and that Groupe PSA will build a new Vivaro van there from 2019. As McClusky also noted, next stop Ellesmere Port…

New Polo is a class act

With ‘Dieselgate’ now behind it, I can’t help feeling that Volkswagen is coming back stronger than ever with a great range of new cars – and vans.

And if they are anything like the new Polo, then business users should celebrate. We’ve had the chance to drive the new 1.0-litre three-cylinder version. It’s a corker. Read more about VW’s new Polo here. 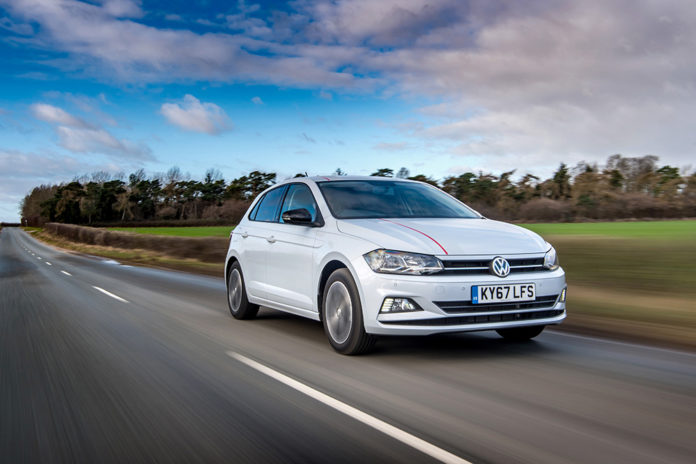 In case you missed it in the previous issue of The Business Motoring Week, we have integrated the content of the standalone website Car & Van Funding into Business Car Manager within a special Industry Intelligence section.

The aims of Car & Van Funding remain: to inform key executives and managers within the leasing and service industries with essential information on their sector. I hope you like the changes. Click here to see the new Business Car Manager | Industry Intelligence section.