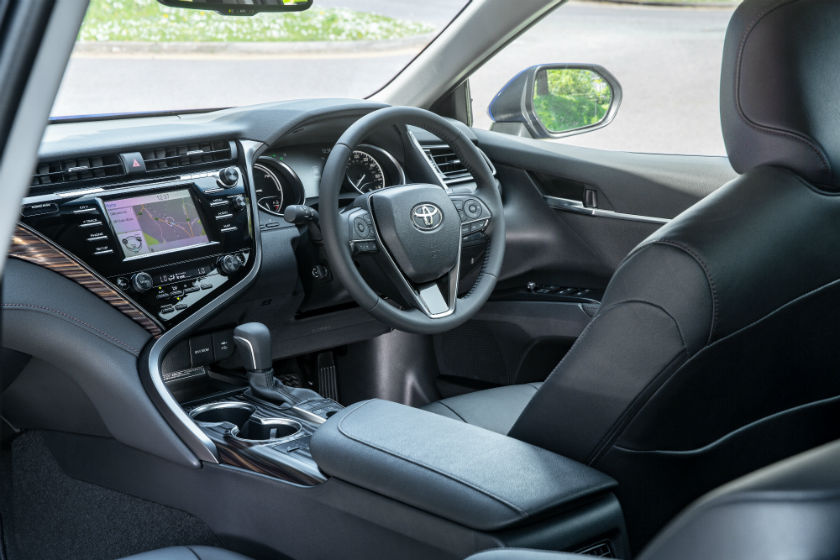 Toyota’s large executive offering. A car it canned in the UK and the rest of Western Europe some 15 years ago.

It makes something of a puzzling return at a time when sales of big executives saloons are on the wane and when crossovers and SUVs are flavour of the decade.

Even more of a puzzle when you consider that Toyota has now ceased selling the slightly smaller Avensis because no one was buying it.

Size-wise, the new Camry is as big as a BMW 5-series, but cheaper than a 3-series – so there’s that.

While never achieving great popularity in the UK, it’s a big seller for Toyota elsewhere in the world, particularly popular in the US and the Middle East.

The version we get is a hybrid with a four-cylinder, 2.5-litre engine and a CVT transmission – similar to that found in the Lexus ES.

Are there any competitors? The Ford Mondeo Hybrid would be the closest. 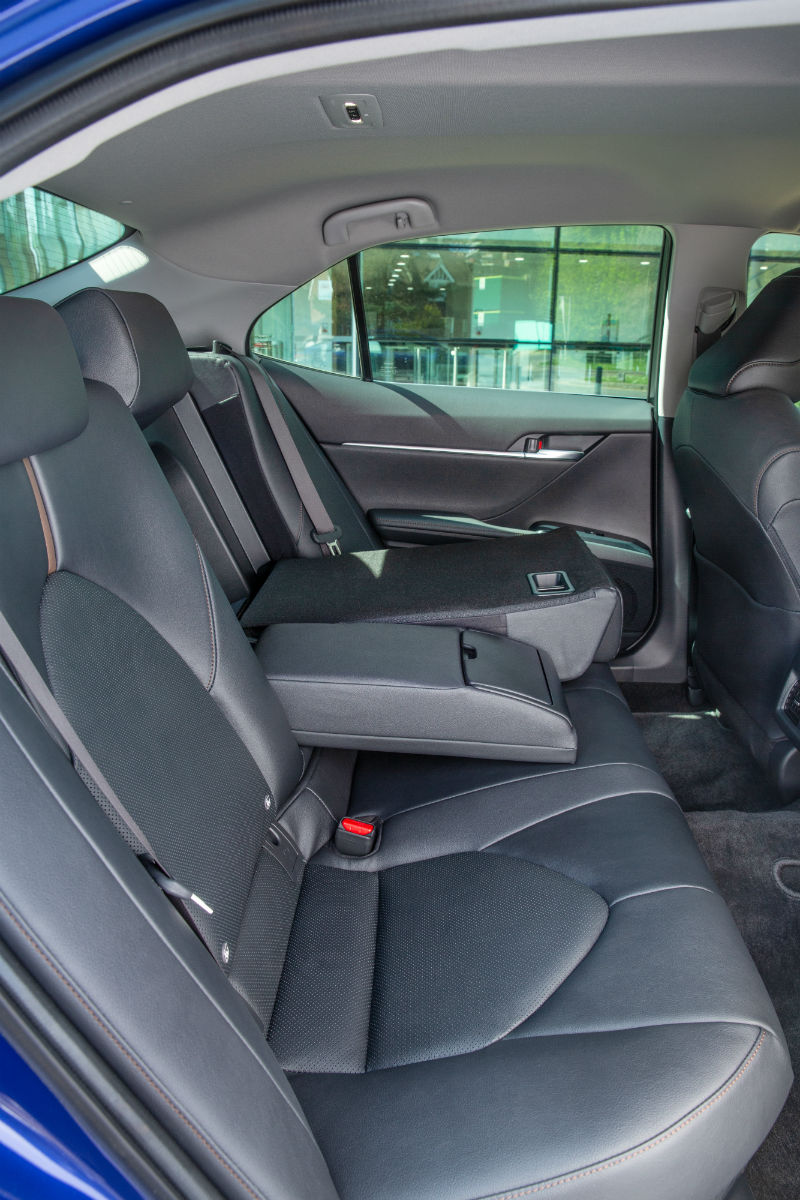 Why would you want to own a Toyota Camry 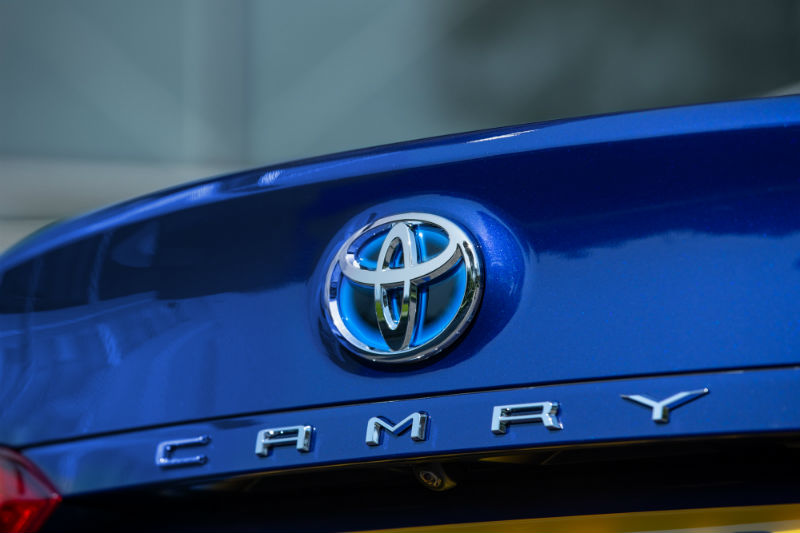 In many ways the latest Toyota Camry is an almost old-fashioned executive saloon.

Sure, it’s a hybrid – which sounds modern and green – but even this system is old technology. It’s a hybrid that can travel a couple of miles at most on battery-power alone before the engine kicks in.

So, the secret to getting the most out of this car is balancing the petrol and electric power for peak efficiency and there ae rewards to be had.

The 2.5-litre four-cylinder engine plus small electric motor provide a combined 215hp to the front wheels via a CVT gearbox.

Treat the accelerator with a light foot and you will reap those rewards. We achieved 47.4mpg during our time with the car, not far short of Toyota’s claimed 50+.

The hybrid system works best in stop-start traffic so we can see the Camry appealing to the minicab trade.

Comfort-wise, this is also the best way to drive the Camry. Accelerate hard and things do become noisy. Handling is pretty good although you do feel the bumps on the rougher surfaces.

There’s very little road or wind noise, so your time inside the Camry can be pretty relaxing, if never really excitong.

Seating is trimmed in leather in all models and there’s plenty of room back and front. Apart from the leather, other materials inside are not up to the quality of the German premiums or even the Mondeo.

Likewise, there is no satisfying ‘thunk’ when closing doors or boot – more of  tinny ’clink’.

The infotainment is easy to use but the lack of Apple CarPlay/Android Auto is a minus point in this class of vehicle.

Top spec cars do get wireless phone charging, with a tray that slides back to reveal storage space underneath.

There are just two trim models: Design and Excel which adds