It’s a proper four-seat convertible at a reasonable price, and with the soft top Golf now discontinued, the T-Roc is now the brand’s only rag top.

There are not many proper four-seat convertibles at a reasonable price around either and those that are cheaper are not really credible for travelling four-up – unless you have (very) young children in the back seats.

It is pretty much what it says on the tin in that the tin roof has been replaced by an electronically-operated fabric roof.

It has two doors and retains a decent level of rear hatchback practicality with 161 litres of loadspace.

As a convertible, the body has required beefing up, thus adding around 200kg in weight over the regular T-Roc while the price also carries a premium of some £3750 over the equivalent hard top. 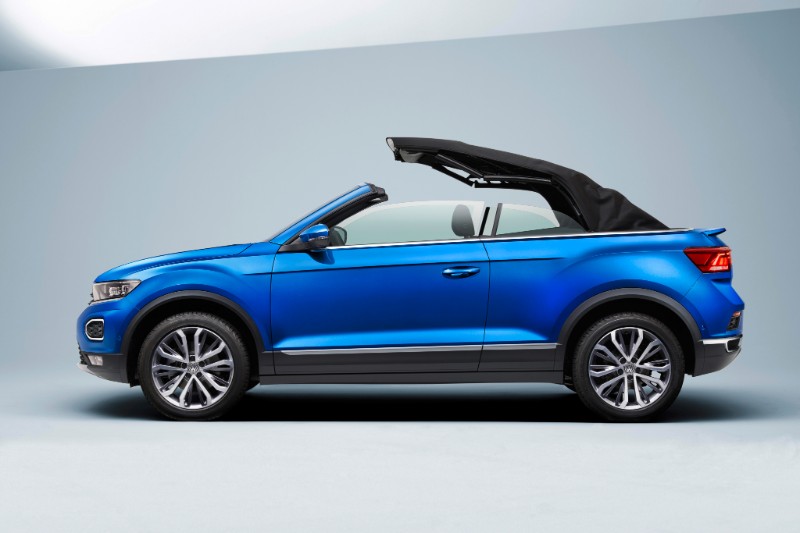 Why would you want a VW T-Roc Cabriolet?

What might put you off a VW T-Roc Cabriolet 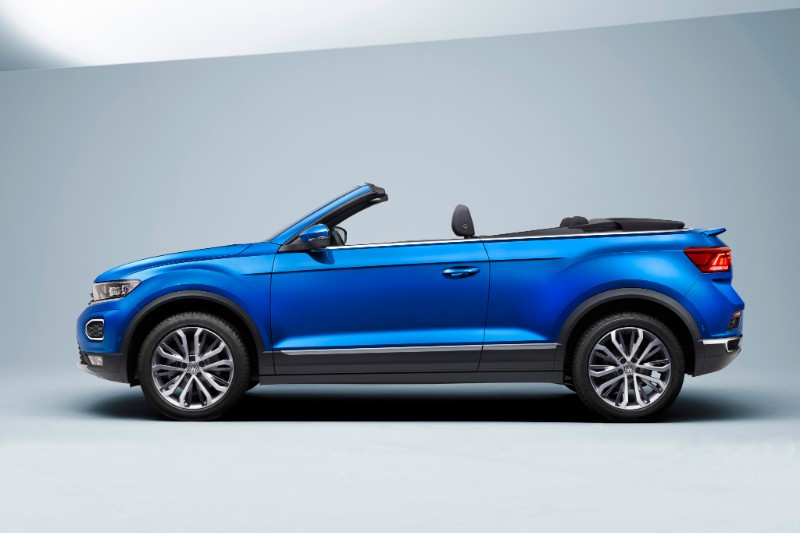 Glorious sunshine through the spring and into the summer, along with a scorching August – fantastic weather ….. apart from our week with the T-Roc Convertible.

I did manage one day with the top down and I guess I could have had more had I not been such a wimp.

That said, you are going to have to cope with the British weather which can go through all four seasons in one day – despite this, the UK is still one of the biggest markets for soft tops.

With the roof closed, there are better insulated convertibles on the road, but again you’re likely to be paying a lot more for them.

The roof folds quickly and smoothly and stores tidily behind the rear seats. It can be operated at low speeds and take only a few seconds to complete each manoeuvre.  There’s obviously a cargo space penalty against a standard T-Roc but it it is still pretty good.

Those in the front seats are pretty well protected when the windows are up. Rolled down will make life pretty uncomfortable for those in the back

Given the additional weight of the reinforced bodyshell, the larger engine is preferable and on the road there is a certain amount of ‘scuttle shake’, but again reasonably refined and barely noticeable on the smoother roads.

This means that you will not experience the same handling as with the standard T-Roc, but if you are buying a soft top like this, performance and handling are probably not high on your list of priorities.

If it’s wind in your hair on a sunny day, then there are few better convertibles at this price. 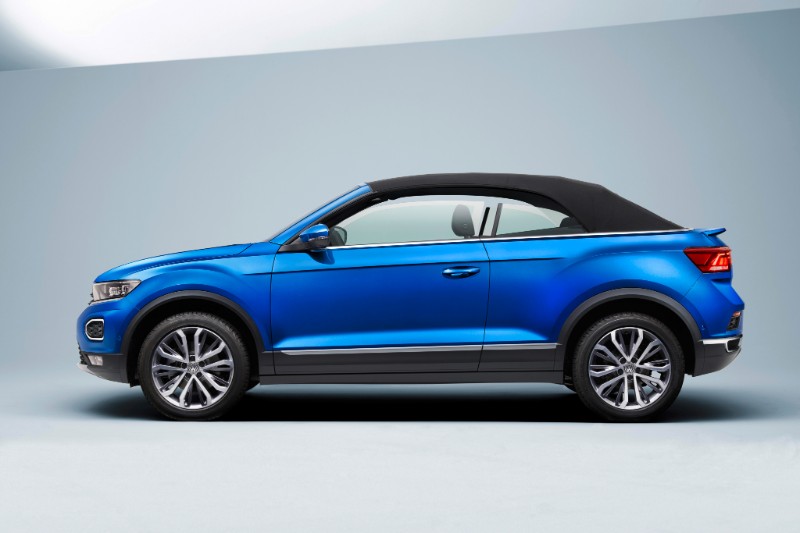